Boston lesbian couple assaulted at bar by raging man screaming homophobic slurs: 'He beat us both to a pulp' 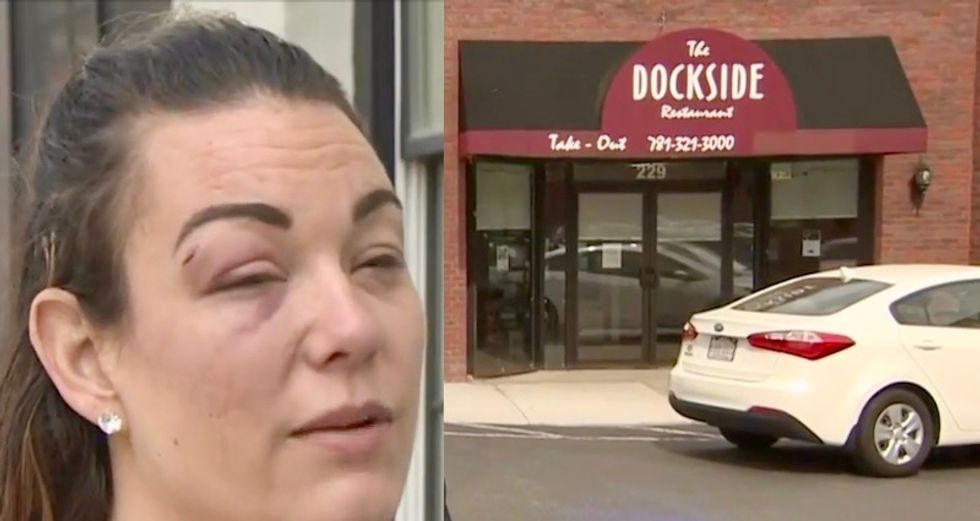 Kelly Gonyer shows her injured eye after an alleged attack/Screenshot

A lesbian couple says they were attacked at a Massachusetts pub by a random man who saw them kissing and began yelling homophobic slurs.

The incident happened at Dockside Restaurant in Malden, north of Boston, where Michelle Hart and Kelly Gonyer were meeting for a date.

"I kissed her,” Gonyer said. “That is what provoked everything. That made him very mad.”

A man sitting at the bar got up, started yelling, and then attacked them, they say, according to Boston News 7.

Hart said she was taken away on a stretcher.

“He came over and beat us both to a pulp,” she said.

The women suffered injuries as a result—Gonyer has a puffy right eye sealed with super glue and Hart says she has injuries to ligaments in her ankle and a fractured cheek bone.

This weekend is Pride in Boston and the women say they are going with renewed purpose.

Police are reviewing security video from the bar.