British Brexit operatives were in contact with Russian ambassador during and after Trump meeting: CNN 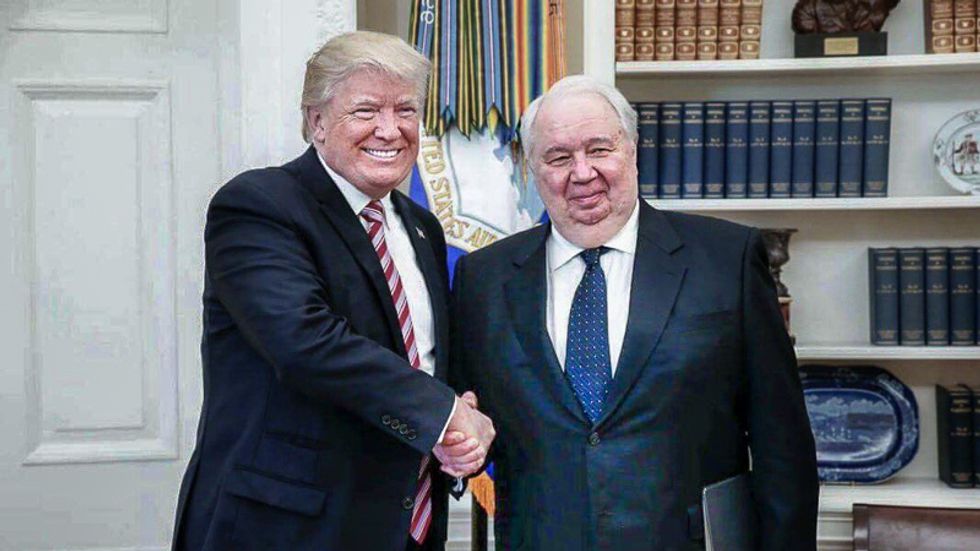 British political operatives that worked in support of the Brexit vote were in regular contact with the Russian ambassador before, during and after his meeting with candidate Donald Trump in 2016.

According to a CNN report, social media posts prove that after the Brexit vote in the U.K. Arron Banks and Andy Wigmore set their sights on the United States election.

CNN obtained emails between the men showing correspondence between embassy officials, including lunch and event invitations.

"There is no evidence the Trump campaign knew about the men's contacts with Russian officials," the report said in a disclaimer.

Banks was a major supporter of the Brexit campaign, donating more than 8 million pounds (or nearly $11 million) to the cause. He was also offered the opportunity to be involved in a $3 billion consolidation of six Russian gold mines, playfully named "gold play." The company is part-owned by Russian President Vladimir Putin's former deputy chief of staff, CNN reported.

Banks confessed he'd been approached about the transactions but after talking to others about the project he decided not to be involved.

Another email about the "gold play" shows Banks asking for a meeting in Moscow with Sberbank, a Russian bank currently sanctioned by the U.S. and the European Union after the invasion of Crimea in 2014. Banks told CNN, however, he never met with them and swore the money he donated to Brexit was not from Russia.

"I am a UK taxpayer and I funded the referendum campaign with my own funds," he said.