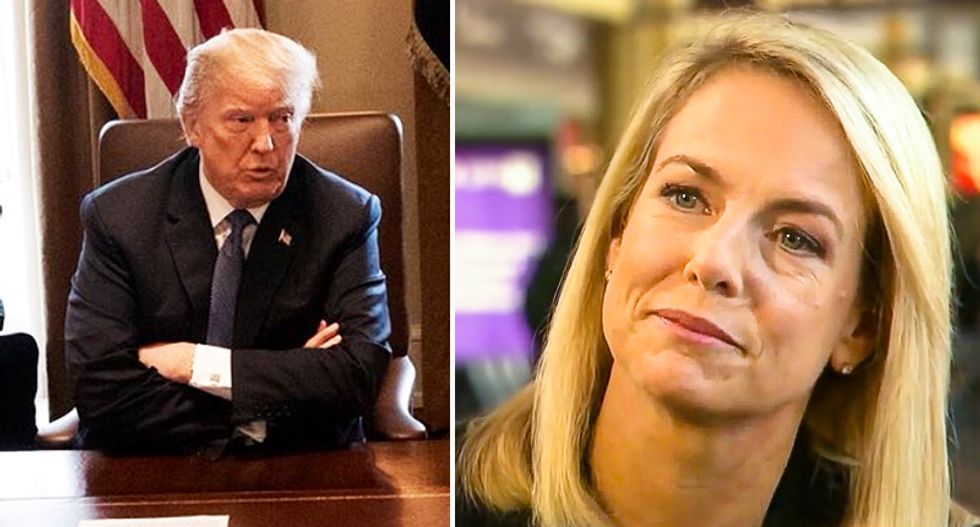 CNN has obtained "exclusive" internal documents from the Department of Homeland Security that undermine one of the administration's stated goals for separating families and keeping children detained along the southern border.

"The full impact of policy initiatives are not fully realized for 2-3 weeks following public messaging -- however, some migrants already underway may temporarily halt to determine the effects of the new policy," the document states.

However, that has not been the reality.

"Instead, publicly released data showed a roughly 5% uptick in the number of people caught crossing the border illegally when compared to figures from April, including a big jump in unaccompanied children," CNN explained. "While the documents don't speak to the conceptualization of the policy or the internal deliberations that preceded it, they call into question the administration's justification for the policy."

"The lack of measurable impact on immigration lends weight to questions about the policy's effectiveness, going beyond moral issues raised by the policy's critics," CNN added.