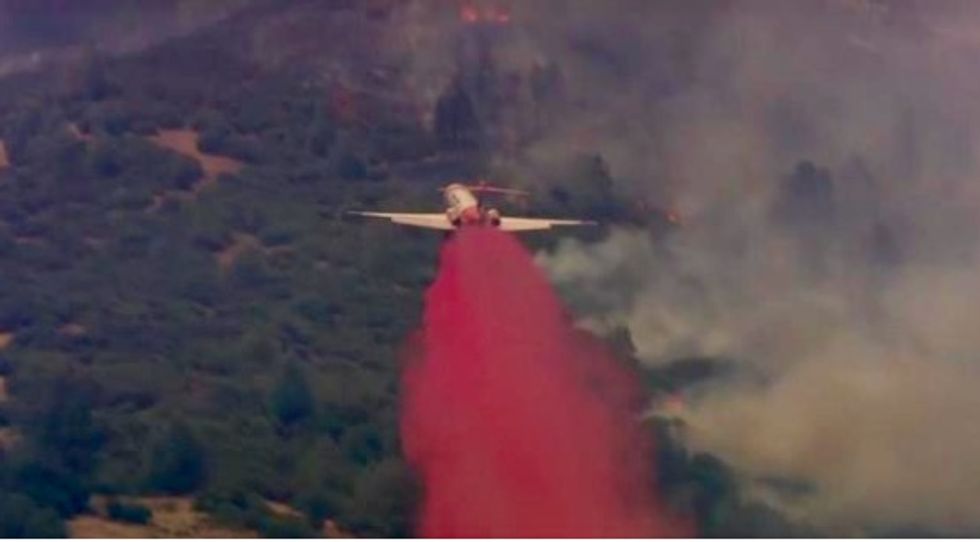 A fast-moving wildfire driven by hot, dry and windy conditions threatened more than 600 homes and other buildings in Northern California early on Tuesday after forcing some 3,000 residents to evacuate.

The Pawnee Fire, which broke out on Saturday near the Mendocino National Forest 70 miles (110 km) northwest of Sacramento, had destroyed 22 buildings and charred more than 10,500 acres (4,200 hectares) by late Monday night, according to the California Department of Forestry and Fire Protection.

California Governor Jerry Brown declared a state of emergency for Lake County, the location of the blaze, on Monday.

The scores of firefighters who will seek to contain it on Tuesday face the prospect of temperatures of 95 degrees Fahrenheit (35 C), 15 mile-per-hour winds and 30 percent humidity, according to the National Weather Service.

The fire was 5 percent contained on Monday evening, the California Department of Forestry and Fire Protection said.

The Pawnee is one of four major wildfires burning in California as temperatures rise across the state. None are reported to have caused injuries.

To the east, the Lane fire in Tehama County had blackened 3,800 acres and threatened 200 buildings, fire officials said. It was 40 percent contained.

The Shu Fire burning some 50 miles (80 km) east of Sacramento near the El Dorado National Forest, was threatening the community of Happy Valley, fire officials said, prompting evacuations and road closures. That blaze was 50 percent contained.

The Stoll Fire, north of Chico, had burned 270 acres and destroyed multiple homes since breaking out on Saturday, according to CalFire, but was 60 percent contained on Monday.