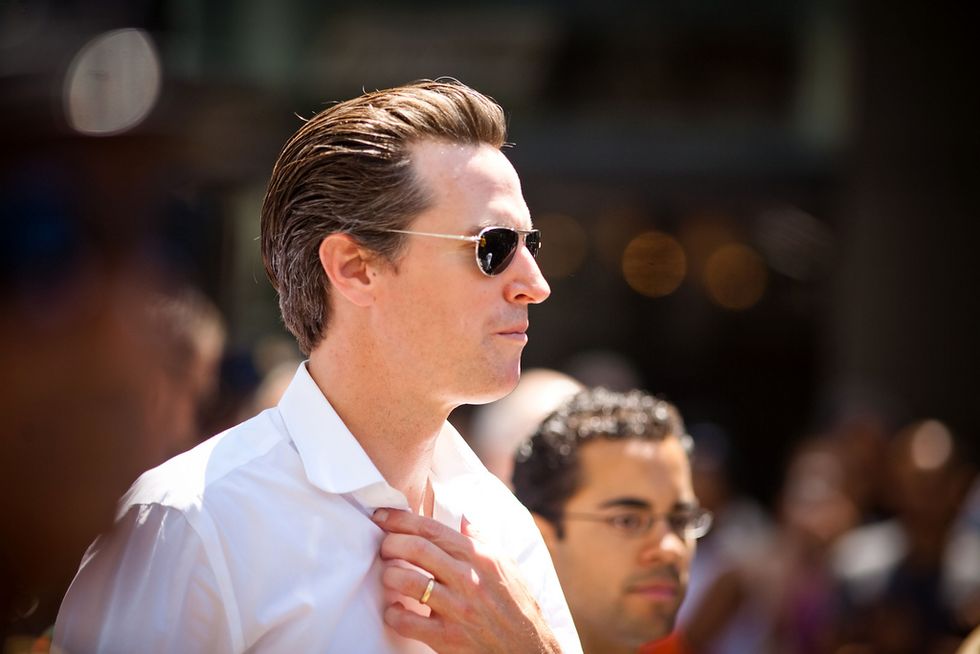 Voters in competitive congressional districts in New Jersey and California will go to the polls on Tuesday to choose candidates in primary elections that will shape the fight to control the U.S. Congress during the era of President Donald Trump.

Democrats need to win 23 seats nationwide in November to wrest control of the U.S. House of Representatives from Republicans, and California is seen as key to taking a majority. Voters in eight states will vote in primaries on Tuesday.

In California, Democrats have targeted 10 of the 14 seats held by Republicans. Tuesday’s contests will determine whether Democratic candidates in the swing districts are moderate or progressive.

“What’s going to be the profile of these Democrats from Republican districts?” said Mark Baldassare, president of the nonpartisan Public Policy Institute of California. “Will they get somebody who says they want single payer healthcare, or will they talk about economic mobility?”

Democrats may be shut out of some races altogether. The state’s so-called jungle primary system allows the two highest vote-getters to advance to the general election, regardless of party.

The battle for the top spots is particularly dramatic in the 48th Congressional District, where voters chose Democrat Hillary Clinton over Republican Trump in the 2016 presidential election but re-elected longtime Republican Congressman Dana Rohrabacher.

So many Democrats are vying to challenge Rohrabacher in the fall that there is a chance they will divide their party’s vote, setting up a general election fight between the incumbent and a leading Republican opponent, Scott Baugh.

In California’s gubernatorial primary, Democratic Lieutenant Governor Gavin Newsom is considered the front-runner in the race for an open seat that drew 27 candidates.

If Republican John Cox wins the second spot on the ballot, his presence in the race could spur Republican turnout in November and possibly improve the party’s chances in congressional races.

But if Democrat Antonio Villaraigosa, a former mayor of Los Angeles, makes the final cut, Republican leaders worry more of their voters will stay home in November, giving Democrats a better chance to flip some seats.

After California, perhaps no state is more crucial to Democratic hopes of taking back the House than New Jersey. All but one of its five Republican-held House seats are considered competitive and anger at Trump may be particularly potent in the state’s many suburbs.

The retirements of longtime Republican congressmen Rodney Frelinghuysen and Frank LoBiondo – both of whom served 12 terms – have put two reliably Republican districts in the Democrats’ crosshairs.

“I don’t think the Democrats can take the House without New Jersey,” said Brigid Harrison, a political science professor at Montclair State University.

In Iowa, healthcare has taken center stage in the state’s gubernatorial race, where Democratic challengers Fred Hubbell, a wealthy businessman, and Cathy Glasson, a nurse and union leader, have criticized Republican Governor Kim Reynolds for supporting the state’s privatization of Medicaid.

‘Worst decision of his life.’ Jan. 6 defendant from California seeks leniency at sentencing

SACRAMENTO, Calif. — Tommy Frederick Allan says he knows he’s going to prison, that after scaling the walls of the U.S. Capitol on Jan. 6, 2021, on a rope, stealing an American flag and some documents from the Senate chamber and later declaring on social media that it was the “best day ever” he faces some sort of punishment. He just doesn’t think he deserves the two years in prison federal prosecutors are seeking. “What I did on January 6th was wrong,” Allan wrote in a letter to the federal judge who is scheduled to sentence him next week in Washington, D.C. “I deserve to be punished. “This ex...