'We can make a sport of this': Racist frat bros caught fantasizing about hunting immigrants for fun 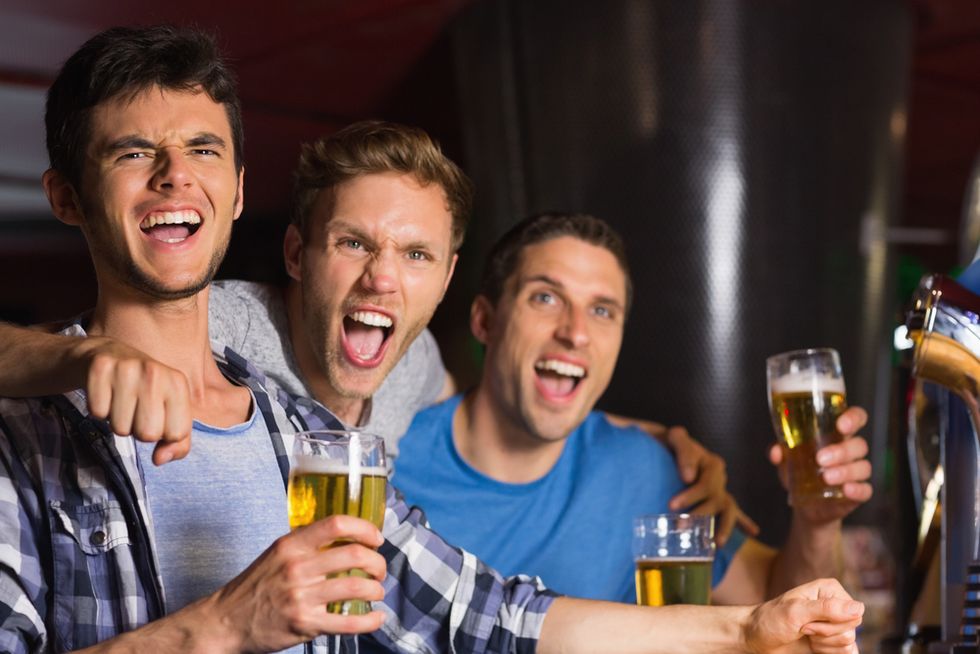 Men celebrating in a bar (Shutterstock).

A group of racist fraternity brothers attending Texas Tech have been condemned both by their university and the Texas Tech Interfraternity Council after they were caught talking about shooting undocumented immigrants for sport.

Lubbock Online reports that the discussion on immigration was started in an online chat session was sparked by Kyle Mitchell, who serves as president of the Texas Tech Interfraternity Council.

After he asked members in the chat to start debating about immigration, the talk quickly turned to deporting and killing undocumented immigrants.

"I’m telling you, build a wall, and the us govt. can sell permits for legal hunting on the border," wrote one fraternity member. "We can make a sport of this, can be a new tax revenue stream for the gov."

In other messages, the fraternity members said they shouldn't deport all undocumented immigrants because they needed to keep some around to be "gardeners" and "housekeepers." When one frat member suggested using the immigrants as "slaves," another replied that they were the "wrong race" to be enslaved.

Texas Tech sharply condemned the students in a statement released on Thursday.

"The messages shared on social media are abhorrent and strongly condemned," the university said. "University officials are investigating this matter. Texas Tech University is proud of the inclusivity and rich cultures that make up our community. These insensitive and racially charged messages do not reflect the core values of the institution."

See screen shots of all the racist chat messages at this link.

Rep. John Katko (R-N.Y.), the first Republican lawmaker to publicly support efforts to impeach former President Donald Trump, is speaking out about the deadly Capitol riots that erupted on Jan. 6 as lawmakers worked to complete the Electoral College certification.

Although the American public watched in shock and dismay as the disturbing series of events unfolded, Katko insists the riots were far worse than reported on television. During an interview with Syracuse.com, Katko shared details about the day of the deadly U.S. Capitol riots.

Donald Trump is the only American president to be impeached twice. This time, he stands accused in a single article of impeachment of "incitement of insurrection" for delivering an incendiary speech on January 6 to an angry mob of supporters, sparking them to storm the U.S. Capitol building to prevent the certification of Joe Biden's Electoral College victory.

Trump will now be tried in the Senate. There, he will be given the opportunity to defend his shameless rhetoric and behavior. Among other claims, he will likely mount a defense under the First Amendment and argue that his speech was constitutionally protected by the Supreme Court's landmark 1969 decision in Brandenburg v. Ohio.

MSNBC's Joe Scarborough was eager to consign Qanon cultists and white supremacist mobs to the dustbin of history after Donald Trump left office.

The "Morning Joe" host pointed to new revelations that pro-Trump conspiracy theorist Michael Flynn's brother, U.S. Army chief of staff Charles Flynn, took part in a meeting to decide whether to call in the National Guard to quell the violence at the U.S. Capitol, which had been incited by the former president and his right-wing allies.