Canada hits back at US over tariffs, says it won't back down 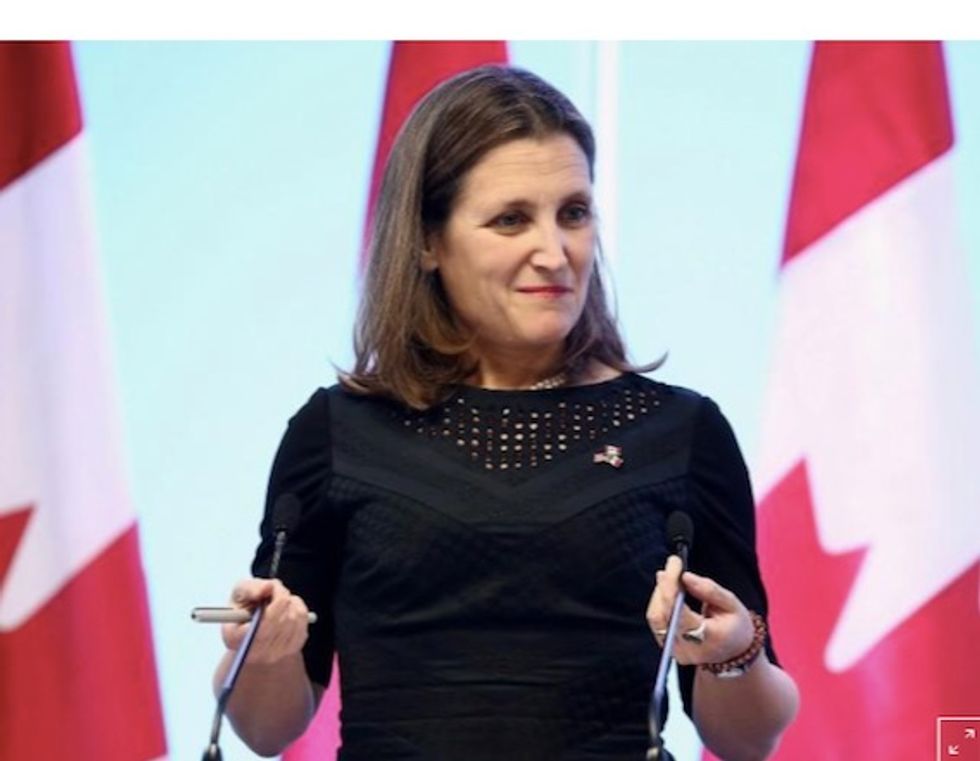 Canada struck back at the U.S. administration over its steel and aluminum tariffs on Friday, vowing to impose punitive measures on C$16.6 billion ($12.63 billion) worth of American goods until Washington backed down.

The announcement by Foreign Minister Chrystia Freeland marks a new low in ties between the two neighbors and trading partners which have become increasingly strained since U.S. President Donald Trump took power in January 2017.

The tariffs will come into effect on July 1 and largely target U.S. steel and aluminum products, as well as foodstuffs like coffee, ketchup and whiskies.

“We will not escalate and we will not back down,” Freeland told reporters at a Stelco Holdings Inc plant in the Ontario steel city of Hamilton.

Officials say the measures are designed in part to pressure Trump by focusing on goods from states where his political allies hold sway.

Canada’s Liberal party government said last month it would retaliate after Trump moved against steel and aluminum imports from Canada and other nations, citing security grounds.

“We are acting very much in sorrow, not in anger,” said Freeland, stressing the closeness of the overall relationship. Bilateral trade is worth around C$2 billion a day.

Ottawa also unveiled an aid package for affected industries and workers worth up to C$2 billion, consisting mainly of up to C$1.7 billion in commercial financing and insurance for firms in the steel and aluminum sectors and related industries.

The head of the Teamsters Canada union welcomed the announcement and said Ottawa should consider expropriating American pharmaceutical patents if necessary.

The Trump administration is now studying whether to put tariffs on Canadian autos, which economists say would help plunge the economy into a recession. Freeland called the idea “absolutely absurd”.

The U.S. embassy in Ottawa said it had no immediate comment.

In Washington, the National Cattlemen’s Beef Association said the tariffs would hit $170 million worth of U.S. beef products.

“We believe that cooperation is a better path forward than escalation,” said Kent Bacus, the association’s director of international trade and market access.

U.S. officials have linked the tariffs to slow progress in talks to modernize the North American Free Trade Agreement, which Trump says is a disaster and must be changed.

Freeland said she expected the negotiations would enter an intensive phase after a Mexican presidential election on July 1.