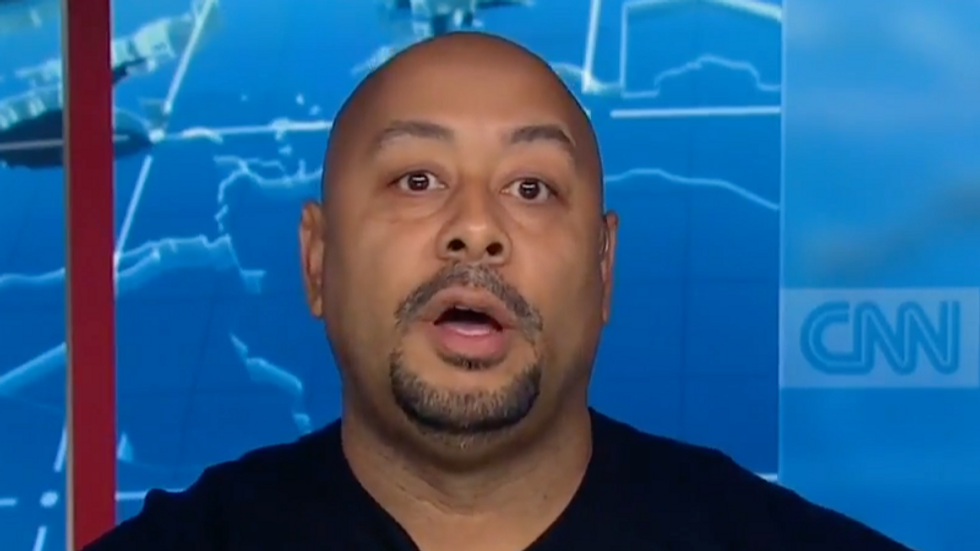 Survivor of a wrongful conviction, Raymond Santana, was accused along with four of his friends of raping a jogger in New York in 1990. The group’s case made national headlines, and they became known as the Central Park Five only to have then-New York businessman Trump call for their incarceration.

Santana spoke with CNN's Anderson Cooper on Thursday to talk about President Donald Trump's commuting Alice Marie Johnson's  sentence as a result of a meeting with Kim Kardashian West.

However, President Trump has yet to apologize for the comments he made towards the "disgraceful" Central Park Five and advocated that the men face the death penalty.

Santana said he was happy about Johnson's pardon, but said the action does not reflect President Trump's character.

"Because of this mass track record, because we know that he is deceitful, he has lied several times, he has fabricated things, it's very hard to believe that it comes from a genuine place," Santana told Cooper. "Then he met with  Kim Kardashian, who spoke to him, and consulted with him, and she swayed him to do this. So, it just proves that, at the end of the day, he's still full of lies and still full of trickery."

Santana said that no matter what evidence was presented to President Trump to prove his and his friends' innocence President Trump would always see them as "guilty." He also said that working with Kardashian does not erase his racist past.

"In our case, we had DNA evidence. We had several people who championed for us, and none of that mattered to him and he didn't care," Santana said. "We were still guilty in his eyes, so at the end of the day, this move doesn't look like it comes from a good place. We can't trust him. You can't just dangle Kim Kardashian and Kanye West in our face and say ... 'look I have a heart, and I deserve a pass.'"

However, Santana said that he thanks Kardashian for her actions, and believe that more stars should step up and work on the behalf of people with less power.

"I think that it does matter. In our case we had Ken Burns who did his research and seeked the truth and seeked justice. He knew that we were innocent, so he stepped up and decided to do something for it," Santana said. "Our celebrities, this is what they're supposed to do. They have this major influence, and they have a duty to the public, those people who support them. They're supposed to champion for a cause like this."

As for President Trump, Santana said he hopes he does a lot more for underprivileged communities.

"It might look like there's a change, but I don't want to give him that pass just yet. He needs to do more for our community. We have a lot of issues," Santana said. "If you want to pardon people, speak to the Innocence Project in New York City. I'm sure they have a whole list of people that deserve pardon. There's other issues that we have to deal with before we can trust Donald Trump. There's police brutality, mass incarceration, unemployment, education, funding for programs that he has cut in the past, like, he has to do all of these things and make it right before we can finally trust this man."