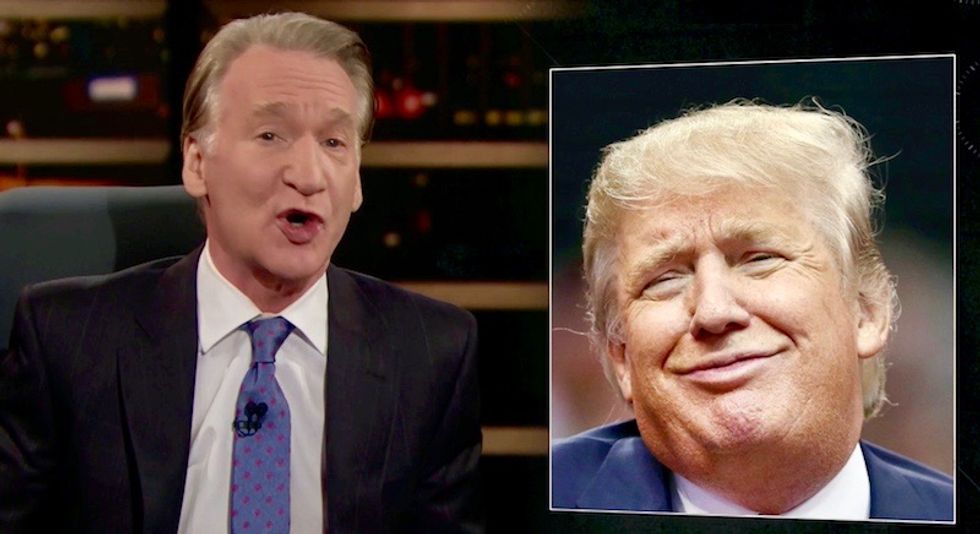 Maher is not a billionaire—in fact, tonight he he mocked Alex Jones' claim that he's worth $100 million—which makes that a substantial sum.

So tonight Maher called out billionaires who lean left. Why aren't they doing as much as Republicans?

"Michael Bloomberg said he's giving $80 million, which is great, to stop Trump," he said. "The Koch brothers are giving $400 million. Where are the billionaire liberals? Because Sheldon Adelson and that crowd, thy give tens and hundreds of millions... you cheap f*cks!"

Politics runs on money, he said.