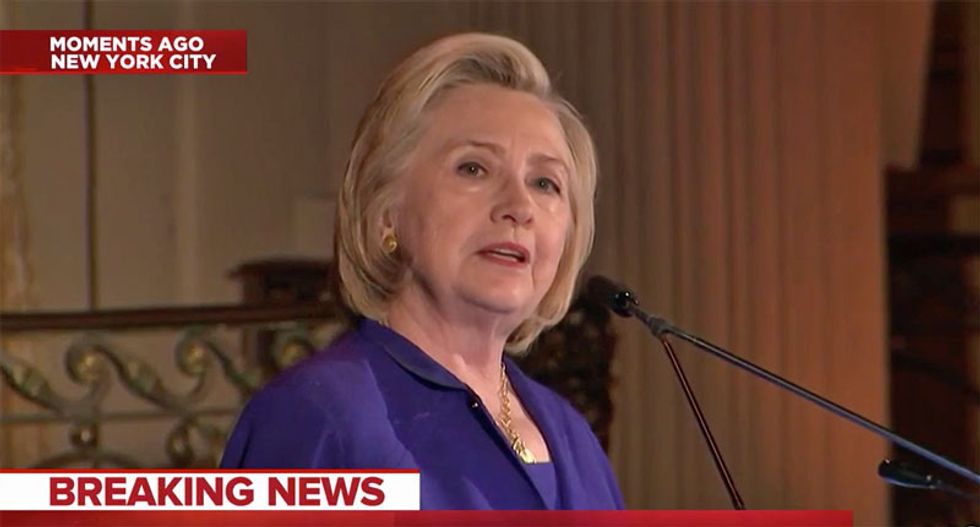 Warning of "perilous times with no shortage of problems," former Secretary of State Hillary Clinton blasted the Trump administration's policy of forced family separation during a New York City speech on Monday.

"Those who selectively use the Bible to justify this cruelty are ignoring a central tenet of Christianity," Clinton explained.

Attorney General Jeff Sessions has used the Bible to rationalize the policy.

"I went to a lot of years of Sunday school, I even taught it from time to time," the former New York senator noted. "I've studied the Bible, both the Old and the New Testament and what is being done using the name of religion is contrary to everything I was ever taught."

"Jesus said, 'suffer the little children unto me.' He did not say, 'let the children suffer,"" she continued. "The test of any nation is how we treat the most vulnerable among us."

"We are a better country than one that tears families apart, turns a blind eye to women fleeing domestic violence, and treats frightened children as a negotiating tool as a means to a political end, these actions are an affront to our values and they undermine America's reputation as a beacon of hope and freedom in the world," Clinton concluded.