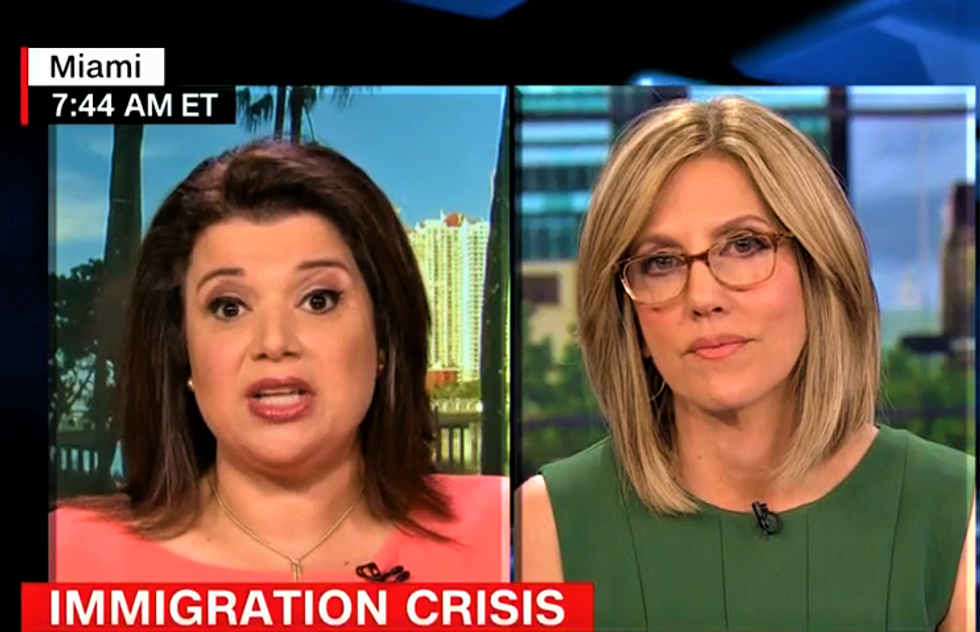 Republican strategist Ana Navarro on Tuesday shredded the Trump administration for enacting what she described as a "toxic" immigration policy -- and then whacked them again for blatantly lying about what their policy entails.

During a debate with Trump supporter Steve Cortes, Navarro took a hammer to the idea that the Trump administration had no choice but to separate children from their families.

"If you see the interview with [White House chief of staff] John Kelly and Wolf Blitzer from over a year ago, they were talking about instituting this policy of separating families as a deterrent," she said. "Now that it has become so toxic and such a nuclear bomb politically, and you see so much backlash and outrage, I think they're somehow trying to turn it into a leverage and using the children as pawns to get something in order to score a win."

While most people think using children as hostages is morally repugnant, Navarro argued that this all stems from President Donald Trump's total unwillingness to admit error.

"We know this White House and this president doubles down on stuff and does not apologize and admit mistakes and thinks he is the second coming of Christ and perfect and infallible in every way," she said. "Admitting mistakes and going back and reanalyzing things and saying, 'We're doing this the wrong way,' is a sign of weakness. Now they try to figure out, 'How do we get out of this?'"

Navarro finished by saying that the family separation policy is a new low for the Trump White House -- which is remarkable, she said, given how many other new lows it has already established.

"It really is astounding -- and that is a very high bar for this administration, to leave us astounded by their lack of morality," she said.