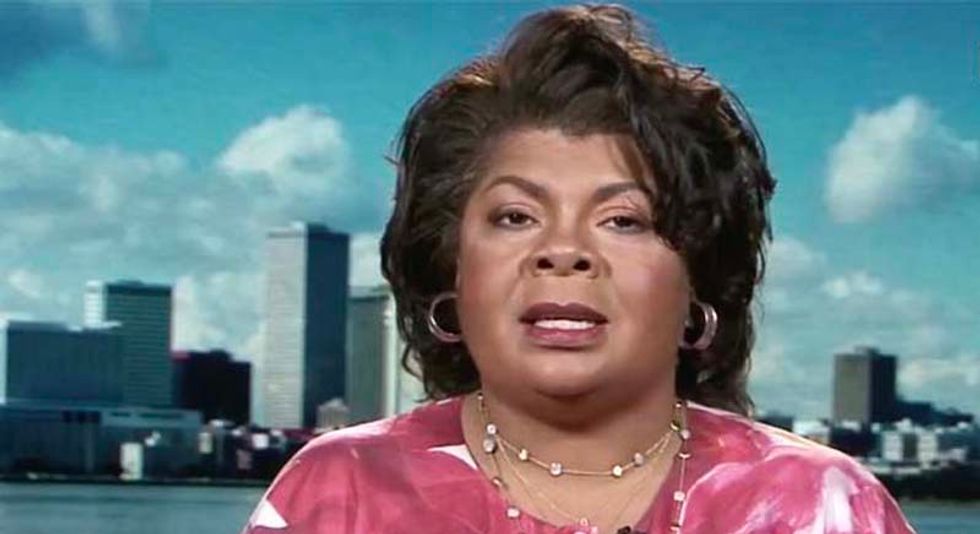 The Philadelphia Eagles were uninvited to their White House celebration. President Donald Trump called the team "disrespectful." However, White House correspondent, April Ryan called out the underlying issue in the controversy.

While some people are calling the move a "political stunt," Ryan highlighted the real issue of police brutality in America.

The White House press briefing got heated when Ryan interrupted Press Secretary Sarah Sanders over Trump’s apparent lack of awareness of the issue.

"Is the president aware it's not about disrespecting the flag?" Ryan said. "It's an underlying issue. There are black and brown soldiers that fight in the military and feel that taking a knee, and bringing  attention to police-involved shootings is something that this White House should deal with. Is the president aware that taking the knee is about police-involved shootings?"

Instead of providing a straightforward yes or no answer, Sanders said the president is "crystal clear" on his position and would not be backing down soon.

"I would be happy to answer it if you would stop talking long enough to let me do that," Sanders said. "The president has made his position crystal clear on this topic. He feels strongly that standing for our national anthem is something we should do. It's what makes our country special and unique and sets us apart. He will not waver on that. He will not apologize for it, and frankly more than 70% of Americans agree with him on that matter."