CNN's Don Lemon and pastor lambaste Jeff Sessions for citing scripture once used to justify slavery: 'He crossed a line' 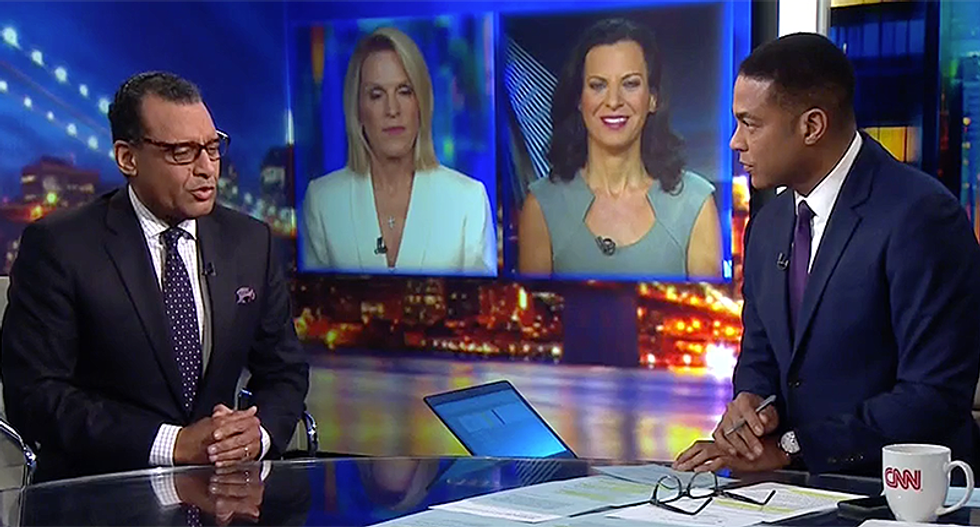 Attorney General Jeff Sessions used biblical scripture to justify separating children from their families as they cross the border. One pastor, however, pointed out the moral deceit of the tactic.

"There may be a distinction though with the children of God," CNN host Don Lemon began before introducing the pastor to speak. "There's a difference between being a pastor and the president or the attorney general. That's your job."

Lemon then pointed out the important scripture Sessions cited was Romans chapter 13.

"And we know what Romans 13 has been been used to justify: slavery," Lemon said. "Did they not learn a lesson from that?"

A.R. Bernard, founder and pastor of the Christian Cultural Center, explained that the use of scripture to prove politics is not what faith is about, rather it should be the other way around.

"We're on dangerous ground when we begin to experience what is symptomatic of a politically co-opted gospel and Christian lens that's coming through," Bernard said. "He shouldn't be quoting from scripture because we can make the scripture say anything we want and try to legitimize public policy. When we use the bible to justify policies that are targeting children to separate them from their parents, that's an atrocity."