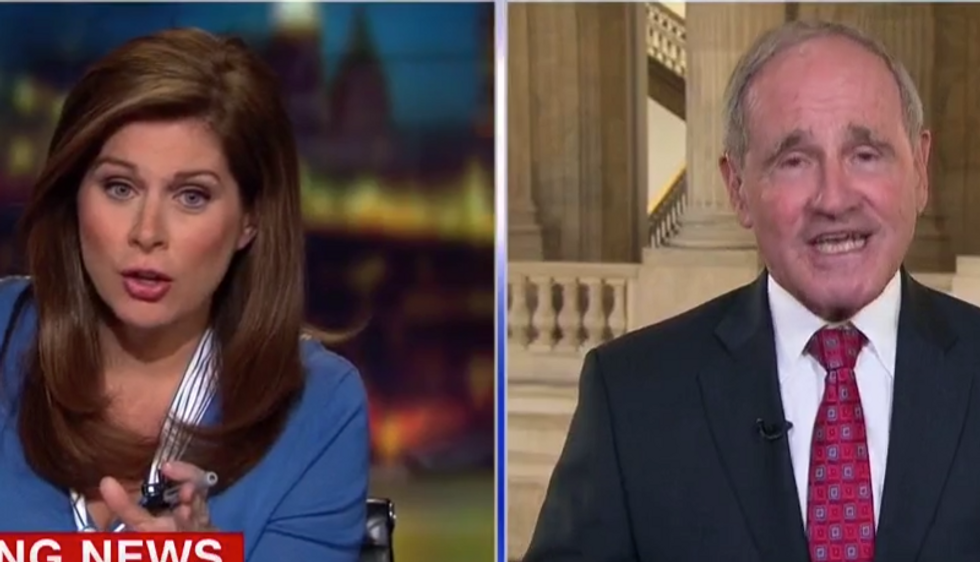 CNN's Erin Burnett slammed Senator James Risch (R-ID) on Tuesday for asserting that the media did not give President Trump enough credit for meeting with North Korean leader Kim Jong-un.

"I'm not sure what you want for this president. This guy has done something that is historical, and that's bringing these people to the table to talk about denuclearization of the peninsula," Risch said.

Risch said that Kim Jong-un is making progress, and that Burnett should give President Trump a little credit.

"He has done some really bad things, but he is headed down a different road than he was 120 days ago. I know this is going to be tough for you, but you have got to give him a smidget of credit," he said.

Risch claimed that Burnett was trying to spin the story by showing alternate videos of President Trump.

"Certainly, for sure. Which one are we supposed to believe?" Burnett asked. She then said that she only stated the facts.

"I don't think we're putting a rough spin on this. I think we're seeing the president of the United States came out of a meeting and he said 'I trust that guy' with not spin. The facts. So what I'm asking you is why are those facts the way they are? Is it okay, he did that? Do you support it? I'm just playing for you what he did," Burnett said.