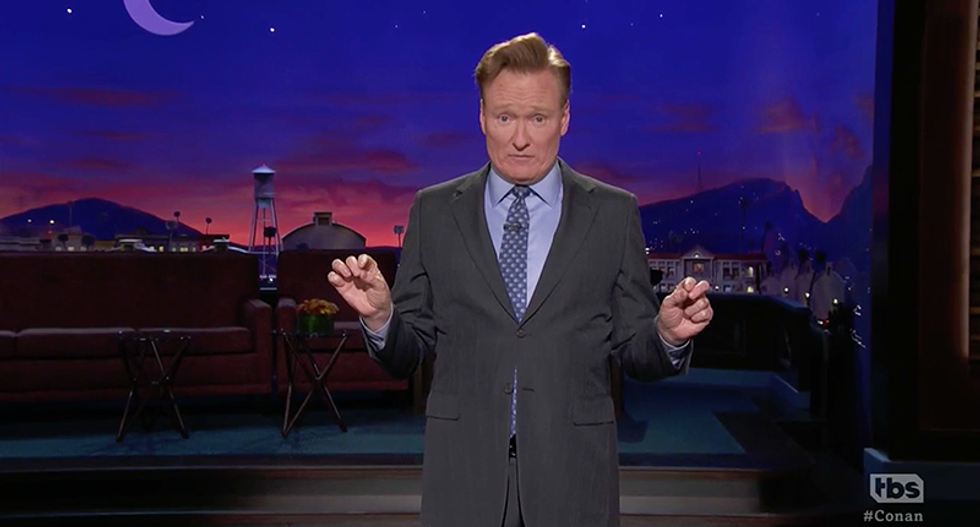 President Donald Trump's White House produced a propaganda video to champion the summit between the United States and North Korean dictator Kim Jong-un. However, late-night comedian Conan O'Brien said Tuesday that he obtained the video produced by Kim's side of the talks.

"What people don't know is that Kim Jong-un prepared a video of his own for President Trump, and guess what? We're the only show to get our hands on this video," the TBS host said. "That's right. This is a video Kim Jong-un played for Donald Trump in their meeting."

"At a time when the planet is spinning out of control, two men have an opportunity to forge a path toward galactic prosperity, peacefulness, and peace," the voice-over said as photos of Star Wars characters flashed on the screen.

The voice claimed it was time for a "golden dawn" that smelled like happy things and a world with amazing technology, including "buttons and levers and robots that will never enslave us."

"There are paths before you, Don. The small path of stinginess or the great path of generosity," it said as it showed Trump's hand growing smaller then larger.

"This is your chance to be remembered among the great leaders in the history of humanity," the voice said, showing photos of dictators like Russian President Vladimir Putin, Sadam Hussein, Joseph Stalin and Emperor Palpatine from Star Wars.

The video then goes on to show exactly what it means by "generosity," and asks for a check for $800 billion to be sent to Pyongyang. It promises to put Trump's political enemies in jail if the money is sent.