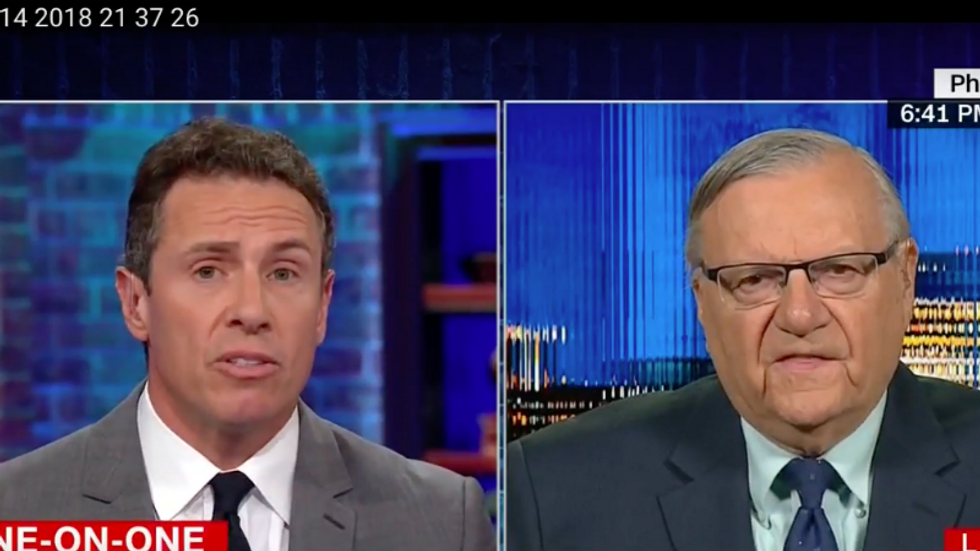 Families are being ripped apart at the U.S. border in a way that many have called "inhumane."

"You all talk about emotions. I have a few emotions too," Arpaio said. "This is a tough problem that we're facing right now. Everybody forgets the big problem here. Central America and Mexico -- why aren't they stopping these kids and their parents or whatever crossing our border? They should be doing it in their country so we won't have this problem."

Arpaio said that he felt sorry for the children, but if elected to the senate he would pass harsher immigration laws.

"How can you get tougher than this?" Cuomo said.

"If you felt sorry for them, don't separate them, and why would you assume all families that come across undocumented are the same? Some are fleeing prosecution. Some women are running for their lives from terrible men. Some are teenagers desperate to work in the factories that you guys never prosecute for hiring people illegally. You never go after the fat cats. Only the small people."