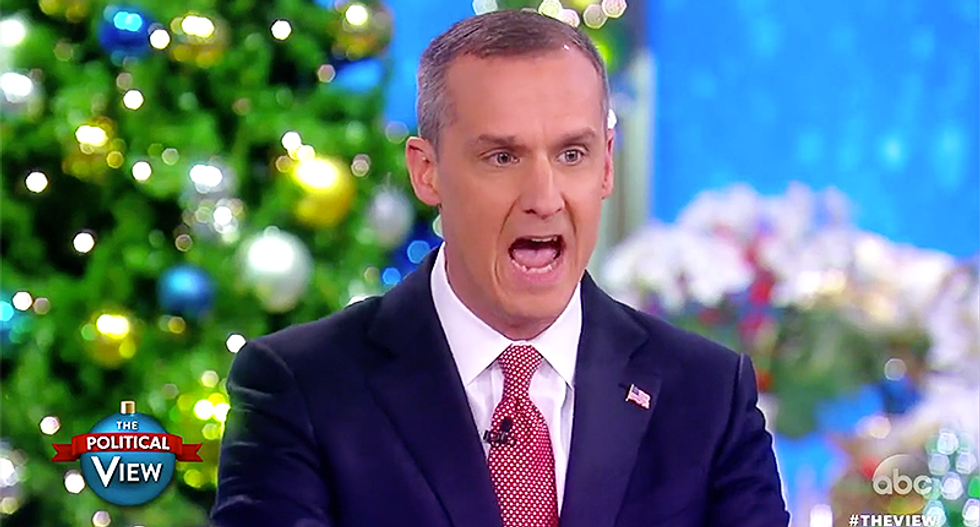 Former Trump campaign boss Corey Lewandowski is back on the road with the president.

Lewandowski, who was fired from the Trump campaign in June 2016 after punching a protestor at a rally, has remained close to the president.

This week, he was back in hot water after mocking a migrant girl separated from her family with a dismissive "womp womp" during a TV interview.

And as Trump holds campaign rally-style events before the midterms, Lewandowski was in tow for a trip to Vegas, even riding aboard Air Force One.

As the New York Times reported, Lewandowski received a "hero's welcome" in Vegas.

He "posed for selfies and shook hands with supporters," in a crowd that went wild for Trump.