DHS Secretary Kirstjen Nielsen: Russia was not 'taking sides' when it hacked 2016 election to help Trump 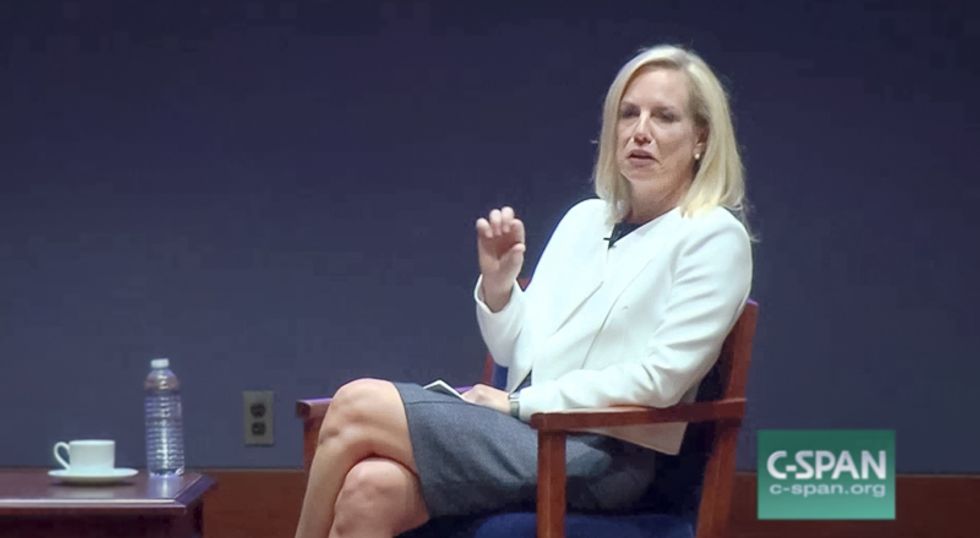 Department of Homeland Security Secretary Kirstjen Nielsen on Thursday asserted that the Russian government is not trying to pick sides when it interferes in U.S. elections -- even though the Senate Intelligence Committee determined that Russians meddled in the 2016 election to help then-candidate Donald Trump win.

At a National Security Forum event on Thursday, Rep. Mike McCaul (R-TX), chairman of the House Committee on Homeland Security, asked Nielsen what the department was doing to protect elections from Russian hackers.

"The question I get asked all the time is, 'Are the Russians trying to hack today?'" Nielsen explained. "That's not the right question. In my mind, the question is, 'Do they have the capability?' And the answer to that is, absolutely, yes."

"And I think for sure they will engage in campaign information warfare in the 2018 elections," McCaul said. "I think their goal is not picking sides. It's just sowing the seeds of chaos."

"It's not so much -- exactly as you say -- about taking sides," she added. "They are just trying to sow mistrust, you know. So Americans aren't sure what information is real. And then chaos and, frankly, incitement to violence in some cases as we saw with the protests."