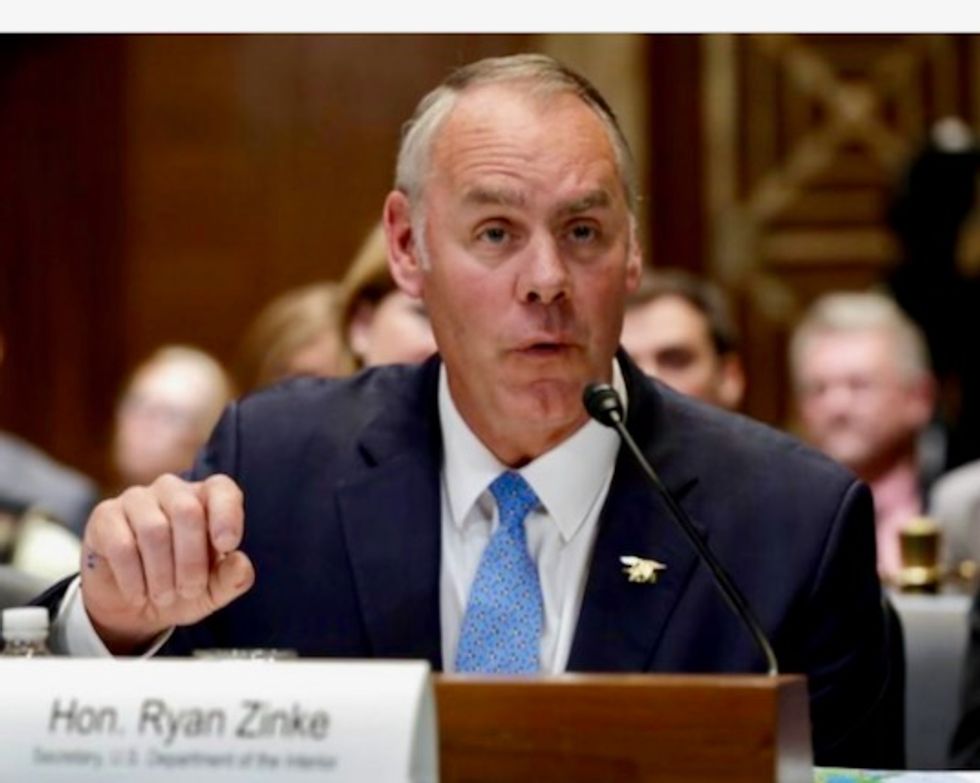 Environmentalists on Friday accused the Trump administration of political interference and retaliation in the ouster of Yellowstone National Park’s chief after his disputes with U.S. Interior Secretary Ryan Zinke over the park’s celebrated bison.

Dan Wenk, who has led one of the nation’s premier parks since 2011, on Friday described as “punitive” the decision by Zinke that he should retire early or be reassigned to a post in Washington, D.C.

Wenk said in an interview he was not given specific reasons for the ultimatum, which came after he had announced his intention to retire in 2019. He said he had had disagreements with Zinke about the number of bison at the park but had believed those to be resolved.

Environmentalists were quick to accuse Zinke of selling out parks, public lands and wildlife in the West to oil and gas developers, sportsmen and ranchers, among others.

“His decision to force out the superintendent of the world’s first national park should be seen for what it is: political interference and retaliation for a Park Service leader standing up for parks and wildlife rather than special interests,” the Sierra Club’s Bonnie Rice said in a statement on Friday.

The fracas over Wenk’s ouster is the latest controversy surrounding an Interior secretary who has been reviled by conservationists but hailed by industry and conservatives in Western states, where local governments have chafed against restrictions imposed on federally protected areas.

Zinke, a former Montana congressman, sparked controversy last year after reviewing more than two dozen national parks and protected areas, indicating some could be scaled back to allow for more hunting and fishing, as economic development.

The review has cheered energy, mining, ranching and timber advocates but has drawn widespread criticism and threats of lawsuits from conservation groups and the outdoor recreation industry.

The National Parks Conservation Association said diverse sides should be represented when it comes to places like Yellowstone.

“Dan Wenk stood up for wildlife and united voices around solutions and we need to ensure that same approach will continue,” Bart Melton, a regional director for the group, said on Friday.

Interior Department spokeswoman Heather Swift did not respond to a request for comment about criticism leveled at the secretary and declined to directly respond to Wenk’s belief his removal from the park was a form of punishment.

Wenk said Yellowstone bison should be managed like wildlife rather than livestock and the herd’s size should not be solely determined by ranchers who live outside the park in Montana. He added there was no basis to assertions that a segment of Yellowstone’s rangelands had been adversely affected by grazing bison rather than natural processes.

“We feel that number is realistic and sustainable and not only meets the needs of the park in reducing migration of bison outside its boundaries but also reduces the threat of the possible transfer of disease to domestic cattle,” said Jay Bodner, executive vice president of the Montana Stockgrowers Association.

If Zinke was concerned about overgrazing in the park, Wenk said he sought to answer it by suggesting science should be brought to the issue.

“It’s okay to have differences of opinion and I thought we were working through those,” he said.

Environmental groups and tribes have been critical of the park’s years-long practice of sending bison to slaughter for wandering from Yellowstone into neighboring Montana in search of food in the winter as a method of controlling the population of the nation’s last herd of wild, purebred bison.

The policy is a concession to ranchers who worry bison exposed to brucellosis, a disease that can cause cows to miscarry, might infect cattle that graze outside the park, though such a case has never been documented in the wild.

Millions of American and international visitors crowd the park each year to view wildlife like bison and natural wonders like the Old Faithful geyser.