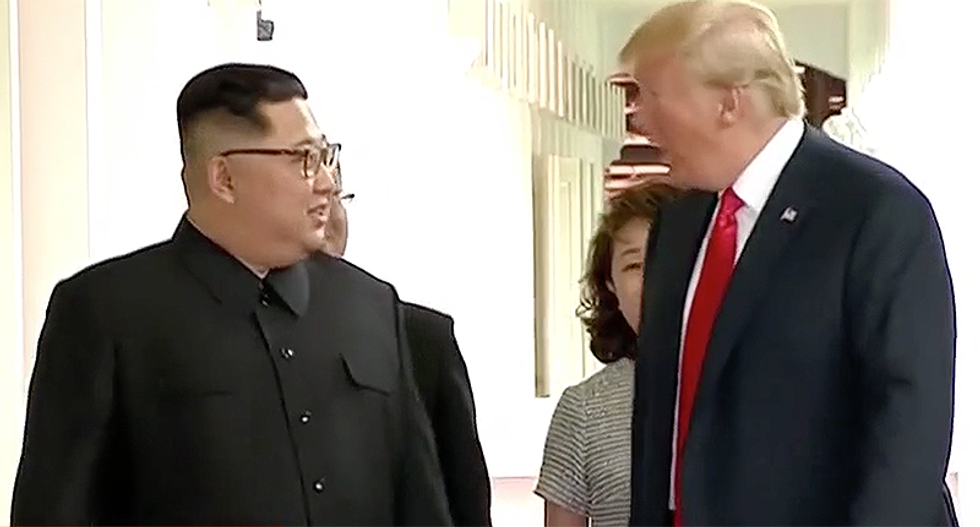 President Donald Trump is in Singapore and his meeting with North Korean leader, King-Jung-Um is in full swing. However, it was reported on Monday that no one except two translators will be at the first meeting with the two world leaders.

This decision has left several worried about the information the American people will receive once the meeting ends. President Donald Trump won't even have a notetaker during the meeting.

Former Deputy National Security Advisor to Barack Obama, Ben Rhodes, shared on MSNBC that not having a notetaker could create a "huge risk" for President Trump.

"Can we talk about how this is different from a normal process. What is the risk of not having a notetaker in the room? What's the risk of the president bragging that he hasn't prepared, and we have no reason to disbelieve him on that. It seems like he hasn't prepared. Obviously, it's strange. It's a departure. But is it dangerous, or is it just odd?" MSNBC host Rachel Maddow asked.

"Well, there are a few places I could go here. One, you always have a note taker for a simple reason. The reason you have a notetaker is so there is clarity on what was agreed to and what wasn't. There is a huge risk that Donald Trump and Kim Jong-un could walk out of that discussion with very different ideas of what they had just talked about or what they just agreed to," Rhodes said.

Rhodes called President Trump and Kim Jong-un dishonest and said no one will ever know what went down in that room besides them.

"So the concern here is that Donald Trump and Kim Jong-un probably not the two most trustworthy people in the world, are going to know what is discussed in this, besides the interpreters. And that is -- that's the whole reason why you always have somebody."