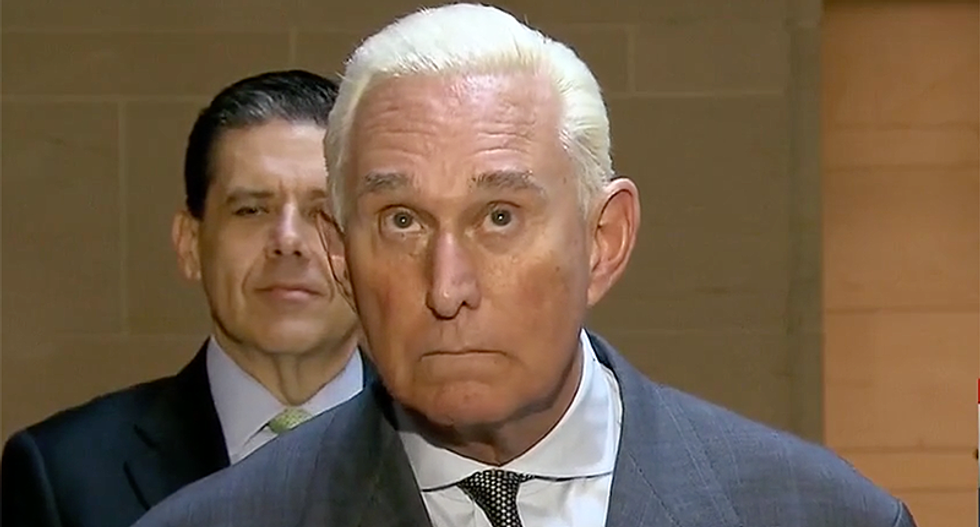 If Roger Stone didn't do anything wrong, why did he neglect to tell federal investigators about a meeting with Russians that he swore was no big deal? That's the question Glenn Kirschner, a former federal prosecutor, asked Sunday.

He explained when he was reading The Washington Post report there were two major things that jumped out to him.

"The first one is, we now see, unfortunately, this pattern that has emerged where it's either Donald Trump Jr. or it's now Roger Stone, they seem to get caught in their, let's call them misrepresentations, generously. Whether it's the Trump Tower meeting, and when it looked like that information was going to be disclosed to the public, then Donald Trump Jr. and his people got the email out in front of it to do control."

His other example was the meeting on Airforce One where the president helped craft the narrative about the email exchange and the Trump Tower meeting.

"Two weeks ago we saw the defense team leak a memo that included, let's call it a correction, generously, indicating 'we were wrong, the president really was involved and crafts that narrative which turned out to be a false narrative,'" he continued. "Now we have Roger Stone, and if reporting is accurate, he concealed this meeting with a Russian operative, where a Russian operative was asking for $2 million to provide dirt on Hillary Clinton."

He reiterated the hosts's characterization of it being a "drip, drip, drip" and noted the cracks in the dam are beginning to widen.

"The misrepresentations are flowing fast and furious," he said.