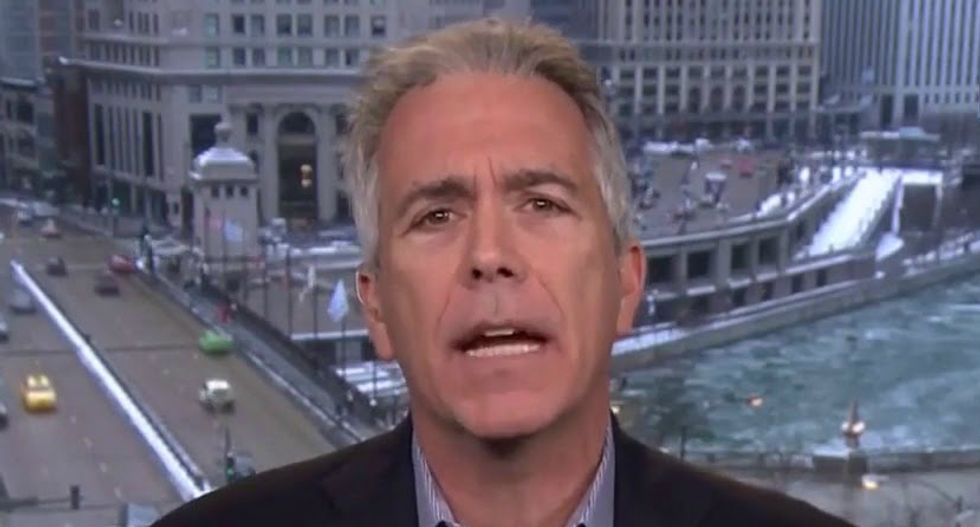 Former Republican Congressman Joe Walsh has frequently become more and more suspicious of President Donald Trump's behavior around the probe into Russian interference in the 2016 presidential election -- and now the former Tea Party lawmaker thinks the GOP will soon come to regret enabling his presidency.

Writing on Twitter, Walsh observed that the Trump White House has once again been caught lying -- this time about the president's role in dictating a misleading statement about Donald Trump Jr.'s infamous meeting at Trump Tower with Russian agents during the 2016 presidential campaign.

"If there was nothing wrong, why did Trump purposely mislead?" he asked.

Walsh then expanded his critique of the president's behavior and said that the serial lying about the Russia investigation from Trump and his associates was legitimately unnerving.

"Damn near everyone on Team Trump has been caught lying, over and over, about Russia," he wrote. "Why?"

There's one aspect of the Russia investigation that even the most strident Trump supporters can't explain and can't… https://t.co/g703j3hyPn
— Joe Walsh (@Joe Walsh) 1528167888.0

Finally, Walsh slammed the president for once again attacking investigators who are looking into whether his campaign colluded with Russia or whether the president himself obstructed their efforts to learn the truth -- and he said it set a worrying precedent for future presidents to behave the same way.

"The whole point of Trump's attacks on the IG report, like his attacks on the Mueller investigation, is to make sure his supporters don't trust or believe the results," he wrote. "One day, Republicans are going to regret these attacks on the FBI & the Justice Dept."

The whole point of Trump's attacks on the IG report, like his attacks on the Mueller investigation, is to make sure… https://t.co/uVjTjVnKFl
— Joe Walsh (@Joe Walsh) 1528196853.0