‘This fascist govt is not valid’: The internet erupts in rage after 'stolen' court upholds Muslim ban 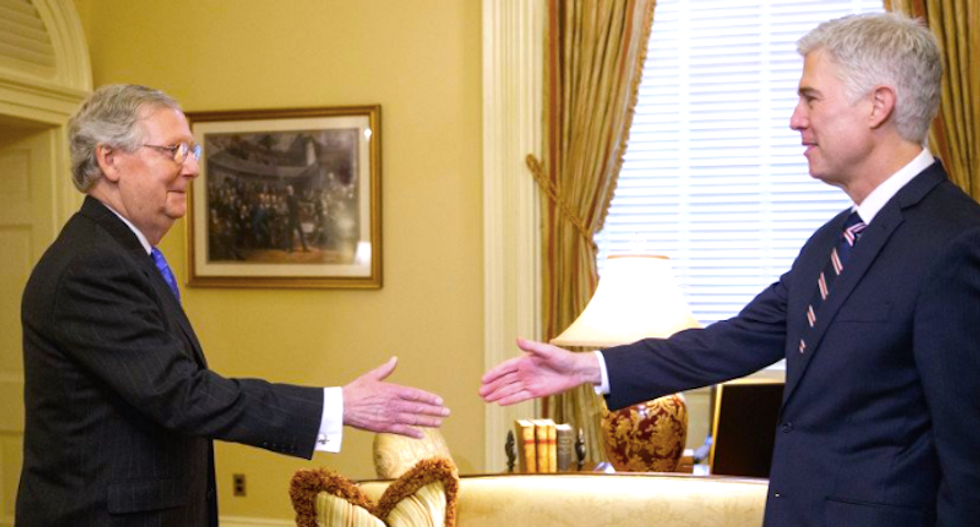 Justice Neil Gorsuch joined the conservative 5-4 majority to uphold a travel ban ordered by the president who appointed him targeting several Muslim-majority countries, and Twitter users blasted McConnell and other GOP leaders for corrupting the constitutional process to aid Trump.

Obama had appointed Merrick Garland to the seat held by the late Antonin Scalia, who died in February 2016 -- nine months before the presidential election -- but McConnell announced about an hour later that he would refuse to consider any nominee by the Democratic president.

A major victory for Trump, Stephen Miller, and white supremacy. A wake up call that the breakdown of foundational b… https://t.co/uAVpokPZ4A
— hend amry (@hend amry)1530023010.0

And when Mitch drawls out a precisely contrary rationale for why they have to fill a Supreme Court seat a month bef… https://t.co/EmMf6r8Bm6
— Schooley (@Schooley)1530023984.0

Legal arguments aside, it will be a huge stain on American history that Trump wasn’t destroyed politically for sayi… https://t.co/s6F46UHT36
— Brian Klaas (@Brian Klaas)1530024981.0