'This is all your fault!': Van Jones grills Seth Meyers about 'poking the bear' with Trump 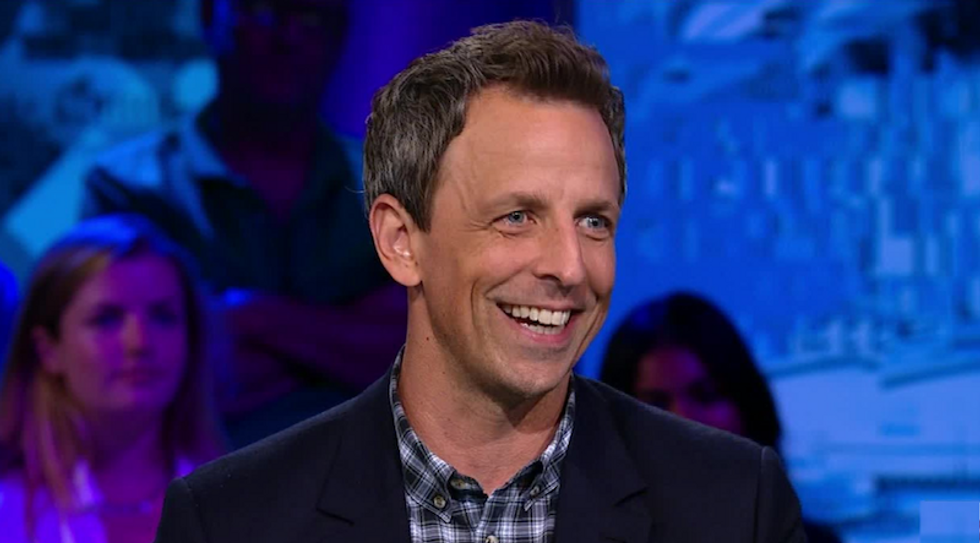 Van Jones opened his Saturday afternoon CNN show with Seth Meyers, who famously led the roasting of Trump that may have convinced him to run for president.

"I'm mad at you, because I think this is all your fault," he said. "You were the comic who at the White House Correspondents Dinner who poked the bear. They talk about poking the bear. I think you poked the bear... I think made him decide to run."

Jones then ran some video from the event.

"Do you have any regrets, sir? For unleashing this?" Jones asked.

"No, I think I did the right thing back then," Meyers said. "I was calling him out. This was a time when he was calling into question whether or not President Obama was born here. Which was BS then and is BS now. He revealed who he was then and it was totally fair to go after him. Now, it didn't turn out the way I thought it would."

But Meyers did think that night may have inspired Trump's run.

"Obama also told jokes about him that night and, looking back, I do think it was his fault," he said.