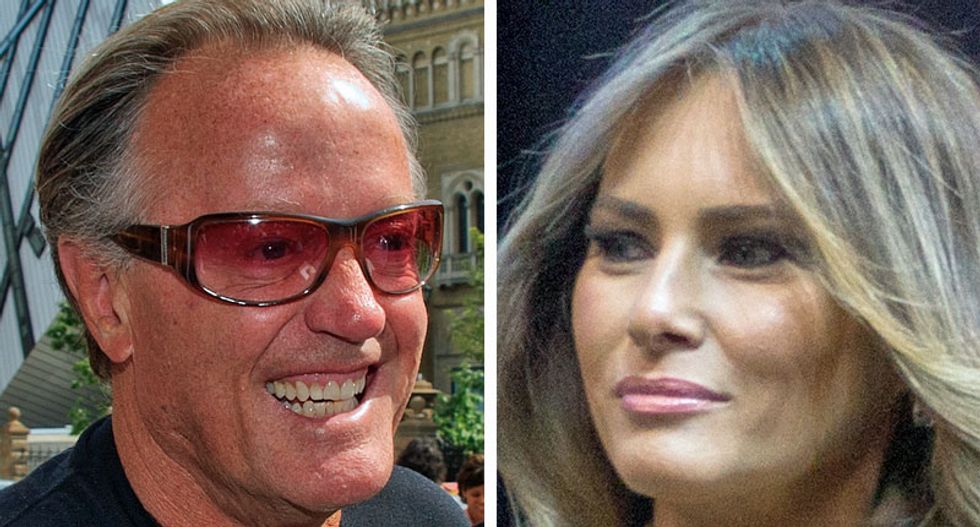 "The Office of the First Lady has notified the Secret Service after actor Peter Fonda called for kidnapping Melania and Donald Trump’s son, Barron," the right-wing website The Daily Caller reported Wednesday.

Paul Joseph Watson of Alex Jones' conspiracy website InfoWars went even further, saying it wasn't her office, but the First Lady herself.

"Breaking: It was Melania Trump who alerted Secret Service to Peter Fonda's threat against her son Barron," Watson tweeted.

Benny Johnson, who wrote The Daily Caller story, seemed to confirm that on Twitter.

In the since deleted tweet, the Academy Award nominated actor and screenplay writer, violated a fundamental rule of politics by going after young children of an elected official.

"We should rip Barron Trump from his mother's arms and put him in a cage with pedophiles and see if mother will will (sic) stand up against the giant asshole she is married to," Fonda wrote, in all caps.

He also called for "90 million people in the streets on the same weekend in the country."

Fonda, the son of legendary actor Henry Fonda and younger brother of Jane Fonda, is also the father of Bridget Fonda.

He was protesting President Donald Trump's controversial policy of separating families at the southern border.

"It's the political equivalent of waving the white flag and the legal equivalent of confessing to making false statements," a Washington Post analysis concluded. "Rarely has the White House so tacitly and unmistakably admitted to overplaying its hand. And rarely has it so blatantly copped to its own dishonesty about its actions."

Fonda has been tearing into the administration for the policy and defended his tone.

"We have to get even more angry with these Republicans," he argued, also in all caps.

"It’s more than a protest! 90 million people in the streets on the same weekend works," he tweeted. "I can’t be the organizer for they’ll arrest me for conspiracy to commit sedition."