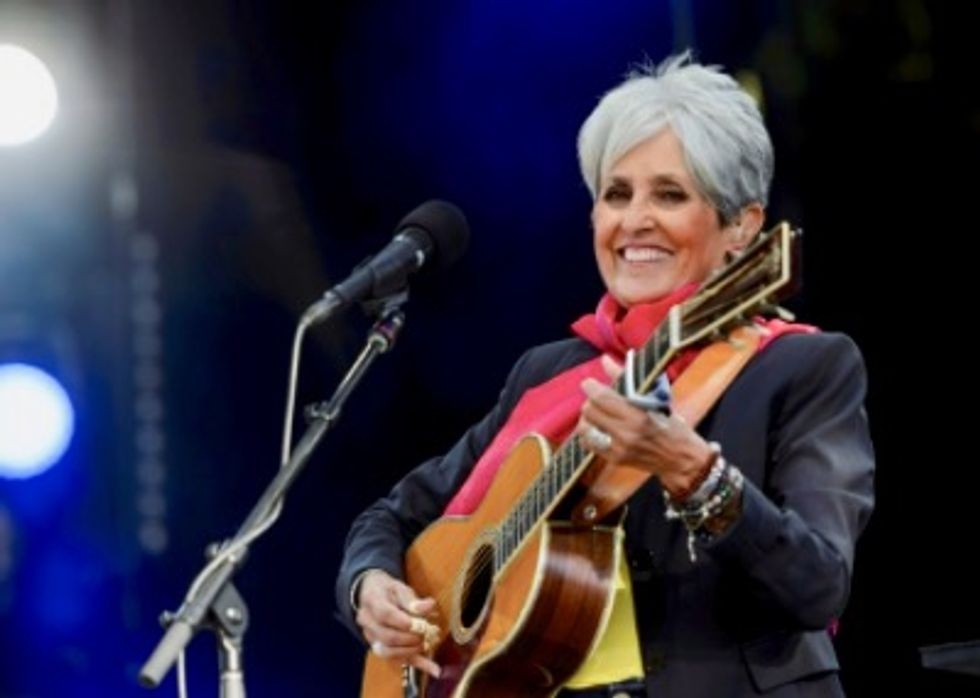 After giving a concert in Paris on Thursday night, American folk singer Joan Baez headed to a night club for some dancing -- only to be told by a doorman that she wasn't allowed in.

"Guess what? I was with a friend after my 8th Olympia concert in Paris. We wanted to go dancing at the posh Pachamama club in Bastille but were refused entrance because of my shoes," the 77-year-old posted on Twitter with a picture of her feet.

"For once I was wearing shoes!"

Baez, who was at the vanguard of the antiwar movement in the 1960s, remains popular in France, where she has performed regularly over the years.

Her residency this month at the storied Olympia music hall ends with sold-out concerts on Saturday and Sunday.

The South American-themed club, housed in a building designed by Gustave Eiffel, quickly issued an apology.

"The doorman was not expecting the arrival of this immense artist at around 12.30 am, since it had not been announced," the Pachamama said.

"We share the values of peace and love expressed by this musical icon, but at the same time we're humans, with our share of the mistakes that characterise them."

The Pachamama concluded by imploring Baez to visit on her next trip to Paris.