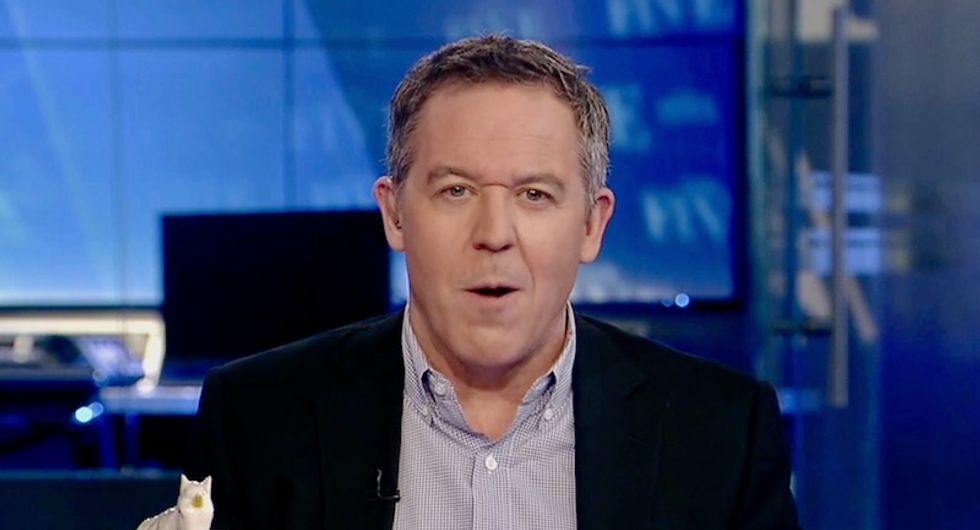 Google recently elected not to renew a defense contract that its employees were angry about.

Now, right-wingers are mad, attacking the company and claiming its decision is making America more dangerous.

Fox News host Greg Gutfeld was among those angry, and delivered a monologue about Google passing on the contract on The Five Thursday afternoon. The libertarian-leaning host could not attack a company for making decisions about who it wants to do business with, but also suggested that the company is too big for him to really protest, either.

"The decision Google made is one, of course, they can make, but it's foolish and harmful. As drones become an inevitable part of our defenses, and our enemies offenses, Google made a choice. Maybe we should do the same," he said.

Gutfeld mocked his own proposal to boycott Google.

"It drives me crazy -- it's hard, you can't just say I'm no longer using Google, because all of a sudden I'm going to Google other options," he said. "Does Bing still work?"

The Fox News hosts then said that Google is working with China, called it "a weasel move" and said that "America is too safe" and that if we faced an attack maybe we would revert to "nationalism."