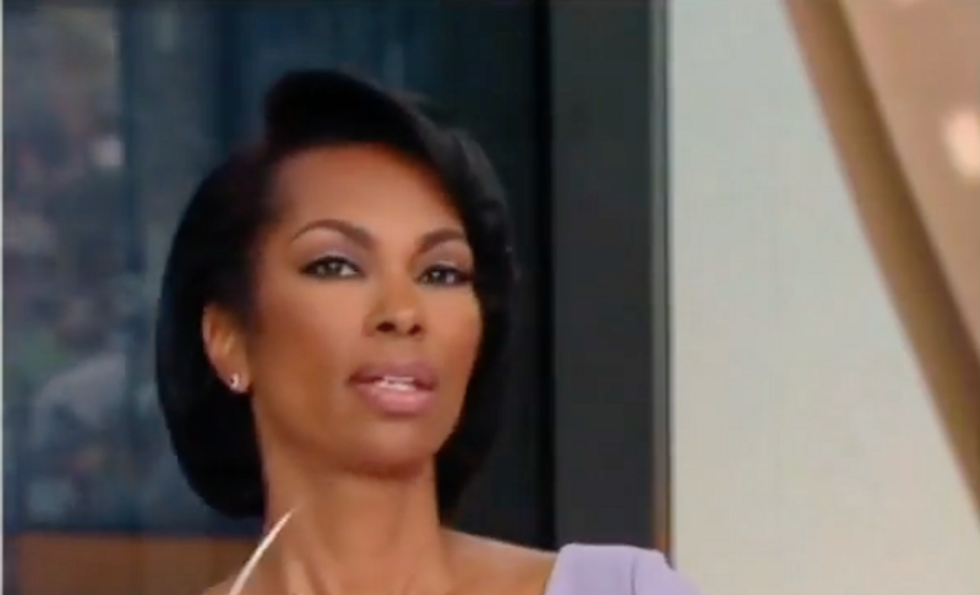 On Friday, former Trump campaign adviser Paul Manafort headed to jail, perhaps for a very long time. Manafort had his $10 million bail revoked after special counsel Robert Mueller charged him with witness tampering and now he faces up to 20 years in prison.

Legal experts pointed out that this is a significant development in the Mueller probe: Manafort might either offer more information in exchange for a reduced sentence, or, if he doesn't have any, the threat of a long prison sentence might sway Donald Trump's personal lawyer, Michael Cohen, to cooperate.

A viewer tuned into Fox News may have missed the significance of Manafort being hauled to jail, because host Harris Faulkner was still hammering away on yesterday's release of the Inspector General report, which detailed misdeeds and instances of unprofessionalism in the FBI.

When Rep. Denny Heck (D-Wa) tried to switch the subject to Manafort, Faulkner became visibly agitated and demanded he keep talking about the most important story of the day.

"If you tuned into another station, you'd be seeing the top story about how Paul Manafort was sent to jail," he says.

Faulkner snaps, "We started with that" then changes the conversation to keep talking about what she said was the most important story of the day.