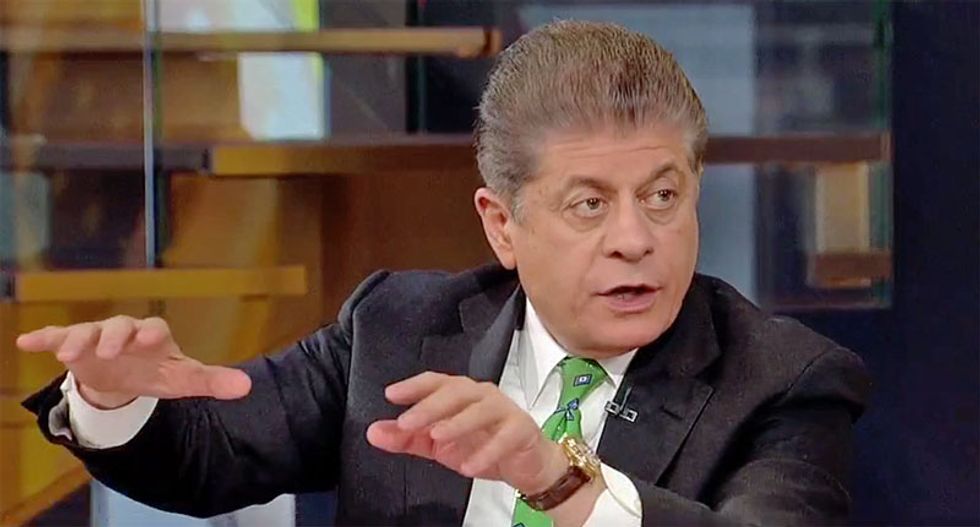 Fox News legal analyst Andrew Napolitano delivered a piece of analysis that is certain to give President Donald Trump heartburn on Thursday.

During a discussion with Fox News host Harris Faulkner, Napolitano explained how Attorney General Jeff Sessions could be special counsel Robert Mueller's key witness in his obstruction of justice probe.

The discussion began by debating whether Rod Rosenstein should also recuse himself from overseeing the Russia probe because he could be called by Mueller as a witness to testify in an obstruction case.

Napolitano said that Mueller could likely make an obstruction case against Trump without having Rosenstein testify since Sessions knows everything that Rosenstein does about the circumstances surrounding the firing of former FBI Director James Comey.

"But he is already recused," Faulkner objected.

"Yeah, so he may very well, rather than trigger two recusals, use Jeff Sessions as his witness in the James Comey firing escapade," Napolitano explained.