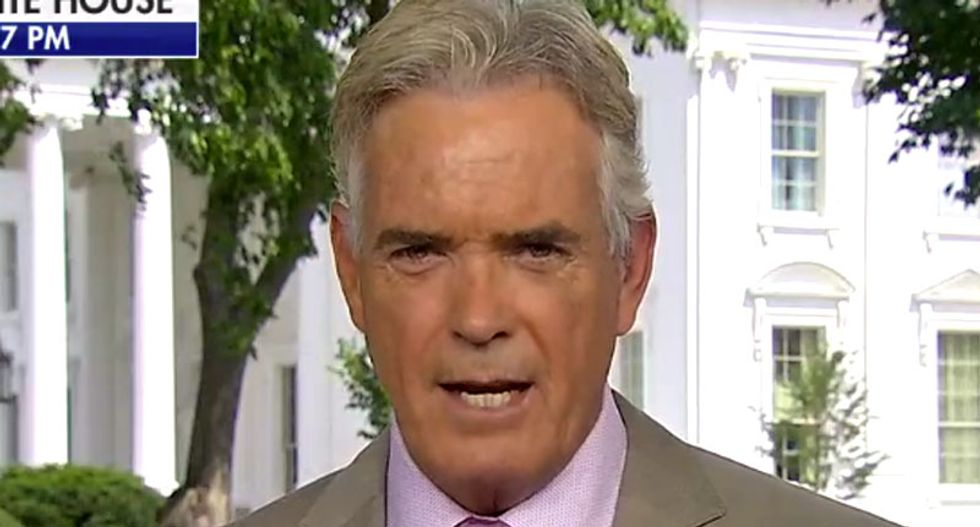 Fox News chief White House correspondent John Roberts explained Wednesday why it felt like Melania Trump had been gone for so long.

The first lady made her first public appearance in nearly a month on Wednesday.

"Here at the White House, things seem to be elongated in terms of time. You mark time in dog years here. Every day is seven days long, every year is seven years long. So for the first lady to be away a little more than two weeks, it does feel like an awfully long time," Roberts remarked.

"But she had not been seen in public until Monday night, ever since that operation on her kidney at the Walter Reed National Military Medical Center. That prompted a whole lot of speculation by some news outlets as to what might be going on," he added.

The Fox News reporter noted that Trump had lashed out at the media for speculating about the reasons for his wife's disappearance.