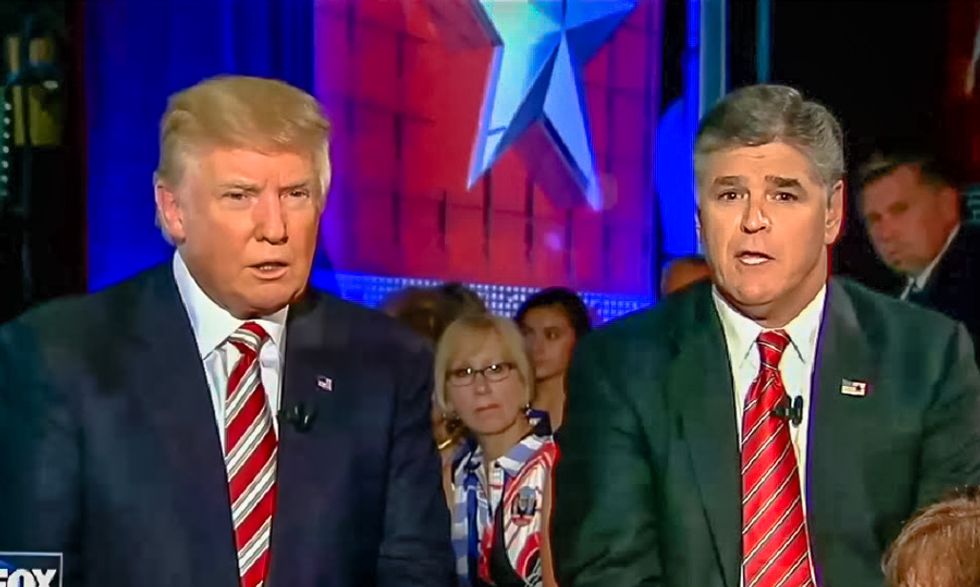 During the two-part interview, Hannity brought up the state of the people of North Korea and the famine suffered as a result of the sanctions against the country. The Fox host said in passing it is obvious the country needs economic opportunity and asked the president what the dictator would have to do to get sanctions lifted.

Trump, however, said that Kim actually wants security more than he wants to feed his people.

"What he wants is security, and I understand that and he will get that," Trump promised. But the president then pivoted to talking about the development opportunities for North Korea because of its prime location.

"It's incredible, it's between China and South Korea. Think about that, I'm in the real estate business."

"How good of a location is that? You have China and South Korea, and he is right in the middle of both of them. Surrounded by water. OK?" Trump continued. "There's -- that's called, like --"

"Para-" Hannity began, stopping short of saying the brutal dictatorship is "like paradise."

"Could there be anything better than that?" Trump said. "It's also beautiful land," Trump continued. "Incredible land. I think he understands that, I told him about that today and I think he really understands it."