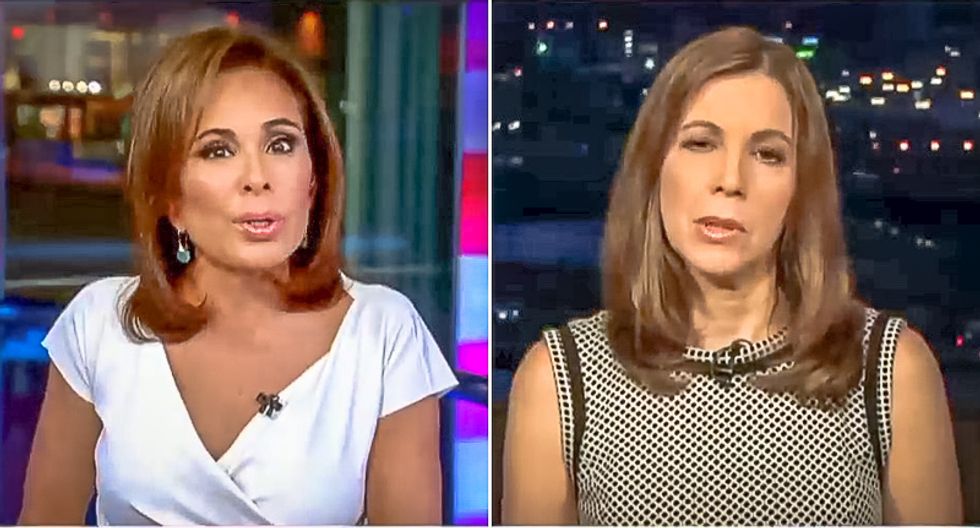 After Trump revealed that he was granting a pardon to conservative filmmaker Dinesh D'Souza last week, the president also announced that he was considering pardons for Blagojevich and Martha Stewart.

Stewart was convicted of financial crimes, while Blagojevich was found guilty of asking for favors in exchange for political appointments, including a U.S. Senate seat vacated by former President Barack Obama.

After prompting Patti Blagojevich to talk about how her husband missed out on his children's lives, Pirro suggested that the former governor never should have been convicted because he was just "practicing politics."

"I remember," Pirro stated. "I was living in Chicago at that time. I remember your husband walking out on the street and people -- I mean, he was on trial -- but people loved this guy. And there are many who feel -- and I believe maybe the president does as well -- that the guy was, you know, just kind of practicing politics, that he never really got any money in exchange or gifts."

"But he seemed to be on the bad side -- like Dinesh D'Souza -- of the Obama administration," Pirro added.