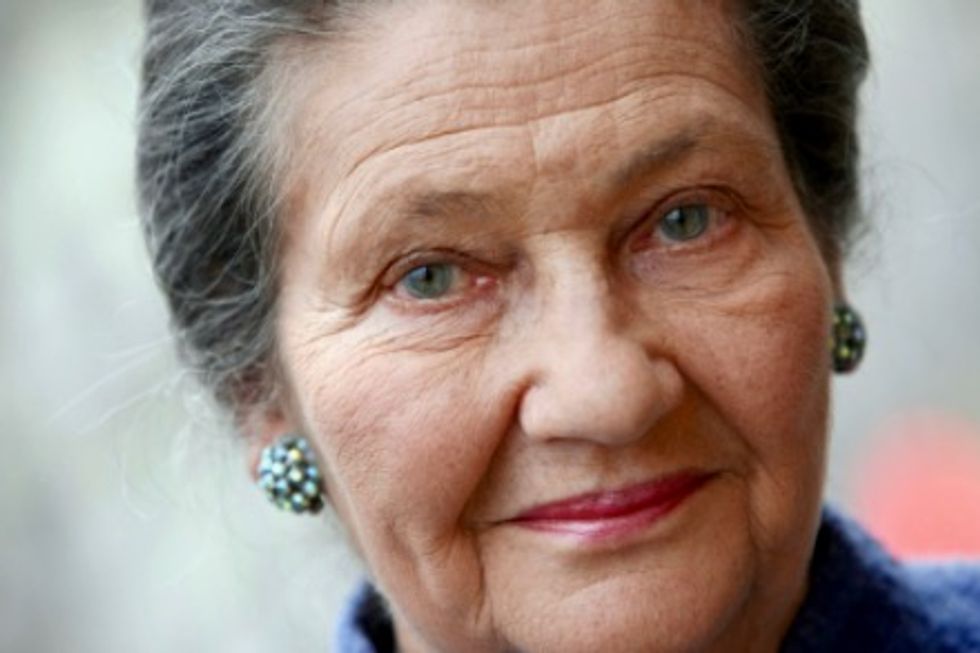 French Holocaust survivor and women's rights icon Simone Veil will be given the rare honour of burial at the Pantheon in Paris on Sunday, a year and a day after her death at age 89.

Veil's death prompted an outpouring of emotion across the country, with thousands signing a petition asking President Emmanuel Macron to bury her alongside France's most illustrious dignitaries.

She will be only the fifth woman inhumed at the monument on the Left Bank of the River Seine, and will be accompanied by her husband Antoine, a high-ranking civil servant who died in 2013.

"Mum never thought she would be placed in the Pantheon. The only one in the couple who imagined she would enter the Pantheon was our father," said Jean Veil, the oldest of their three sons.

"He would often say jokingly... that it was out of the question to separate them after 67 years of living together," he told CNews television.

Simone Veil was 16 when she was deported in 1944 to Auschwitz during the Holocaust, when her mother, father and brother were killed.

After her return she became a tireless crusader for women's rights as well as European reconciliation, securing her biggest political victory in 1974 by convincing parliament to legalise abortion despite fierce opposition.

She also became the first elected president of the European Parliament in 1979, a post she held for three years.

A model of composure, Veil was considered by many a secular saint for her unwavering stance on moral issues.

Polls consistently showed her to be one of France's most popular and trusted figures.

"The fact that we have built Europe has reconciled me with the 20th century," despite living with the trauma of the Holocaust, Veil once said in a television interview.

The transfer of Veil's remains to the Pantheon begins Friday, when her casket and that of her husband will be exhumed at the Montparnasse cemetery.

Their coffins will then be displayed for two days in the crypt of the Holocaust Memorial in central Paris, which Veil helped found.

On Sunday morning the funeral cortege will be escorted by Republican Guards over the Seine and through the Latin Quarter.

Pallbearers will carry the caskets up the Rue Soufflot, walking on a blue carpet, "the colour of peace, of the United Nations and of course of Europe," the presidency said.

They will pause three times to sing, including the "Song of the Deported".

President Emmanuel Macron, attending with his wife Brigitte and dozens of French officials, will give a speech followed by a minute of silence.

"You brought into our lives that light that burned within you and which nobody could ever take away," Macron said at her funeral last year.

The "Marseillaise" national anthem will then by sung by the American soprano Barbara Hendricks.

The caskets will lie in state until Monday, and admission to the Pantheon will be free from July 1 to 8.

Veil was already given a state funeral, and commemorative two-euro coins will enter circulation in July along with postage stamps bearing her image.