Held in ICE facility in Colorado, immigrant mothers share dreadful stories of separation from their sons 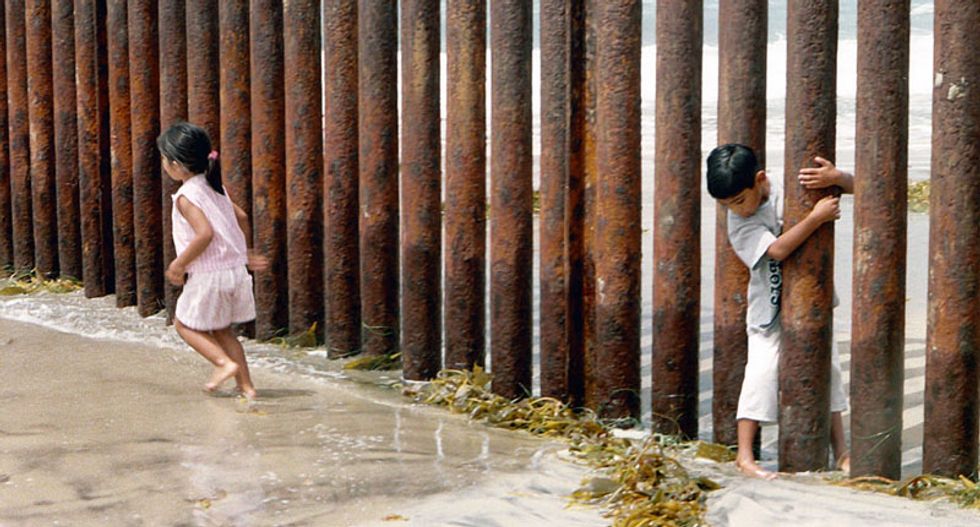 One mother separated from her son said the two had to spend his sixth birthday apart, and that when he asked by phone why he didn’t get the bicycle he’d hoped for, she could only tell him that she would give one to him “when this nightmare is over.”

Another mom said she spent weeks wondering where the U.S. government was holding her son before finally learning he was in New York. “Mama, I love you a lot,” she said he told her by phone. “Where are you?”

And a third woman — she said she still doesn’t know where her son is — can’t eat or sleep. “All I do is worry about my son. I have no idea where he is,” she said.

All three women – none of whom would give their names for fear of government retaliation – are immigrants from Guatemala who crossed the U.S.-Mexico border in mid-May. The Colorado Independent has been trying to learn whether any parents who were separated from their children at the border as part of the Trump administration’s crackdown on illegal immigration had been sent to the Immigration and Customs Enforcement facility in Aurora. Immigration attorney Laura Lunn said she had three such clients, who agreed to tell their stories for publication. Lunn, who works with the Rocky Mountain Immigration Advocacy Network, a nonprofit based in Westminster, provided translated written accounts from the women.

According to Lunn, the women said they were all separated from their children within a few days of crossing the border.

Immigrants detained in recent weeks at the border, including these women, are often sent to ICE detention centers away from the border because there is not enough bed space in facilities there. Immigration attorneys in Denver told The Independent they estimate that at least 50 parents recently separated from their children are being held currently at the Aurora facility.

Carl Rusnok, a spokesman for ICE, has not returned an email asking how many separated parents his agency is holding in Aurora. The facility there has 1,500 beds and is run by GEO Group, a private prison company with a federal contract.

More than 2,300 families have already separated been under the Trump administration’s “zero-tolerance” policy since mid-April, prompting enormous public backlash.

On Wednesday, President Donald Trump signed an executive order intended to end some family separations at the border and instead detain families together but for indefinite periods of time. The order does not guarantee an end to family separation, since immigrants can still be put in prison and yanked from their children.

It remains unclear if and when family reunification would begin.

“Even if more people are not subjected to the policy as of today, we still have thousands of separated families without any assurance that they will be reunited ever, let alone soon,” Lunn said.

“I speak with him two times a week,” said the woman whose son recently turned six. “When I call, they have to look for him and it takes a long time. He tells me he is all right. He is in Arizona in a home for children — there are many children there. I just know the name and number of the social worker. She is very nice.

“I asked [the social worker] if he is eating, not sick, sleeping. He has a heart problem, it skips beats. She told me that is a problem, but I shouldn’t worry because it can be controlled in the future. It makes me afraid. I don’t know very much about it.”

The woman whose son is in New York said she was with him at a border facility when an official called for her to head to court. She was told, she said, that her son could not go with her.

“I saw him begin to cry as I was leaving the room,” she said.

She described a phone call they had since being separated.

“He was crying. He is so sad. He has allergies all over his body. He cannot sleep during the night,” she said through Lunn. “He kept asking for me and telling me that he didn’t want me to be (away from him). I said I love him a lot. We were both crying.”

The woman who hasn’t been told where authorities took her son said, “I want to know where he is and how he is doing. He is only six years old and he is so small. He loves animals, ice cream, playing, and Chinese food. He was in school for two years in Guatemala and English was his favorite subject.”

The three women are all seeking asylum and still waiting for the official interviews required for asylum seekers.

“This administration has chosen a policy of prosecuting every single border crosser, including those seeking asylum,” Tyler Moran, executive director of the D.C.-based Immigration Hub and former senior policy advisor to retired Nevada Sen. Harry Reid, said by phone. “This means that children are taken from their parents, who are oftentimes flown to far-flung places of the country, away from their children.”

Parents being detained by ICE have long been held at the GEO facility, separate from their families. But in the past, Lunn noted, they weren’t “ripped apart at the border.”

“The only difference now is children are being taken into government custody instead of going with a family member,” she said. “People being detained in Aurora … are all non-citizens, and there’s about 800 of them now, just being held there for civil matters, not criminal matters.”

As Lunn tells it, her three clients have access to TV in GEO and “they recognize that this is not normal and is unprecedented.

“They’re all in a fog and can’t quite understand why them,” she said. “Not only are they asylum seekers, but the one thing that means the most to them – their kids – has been taken away.”

All are aware of the risks of speaking out, even with their names concealed. She and her clients “had some very frank conversations … about sharing their stories.”

“They feel they need to talk,” she said, “and not take this in silence.”

By Alex Burness, The Colorado Independent. Susan Greene contributed to this story.