Here's why the GOP going after Roe v. Wade, LGBT and civil rights is a really bad idea for them 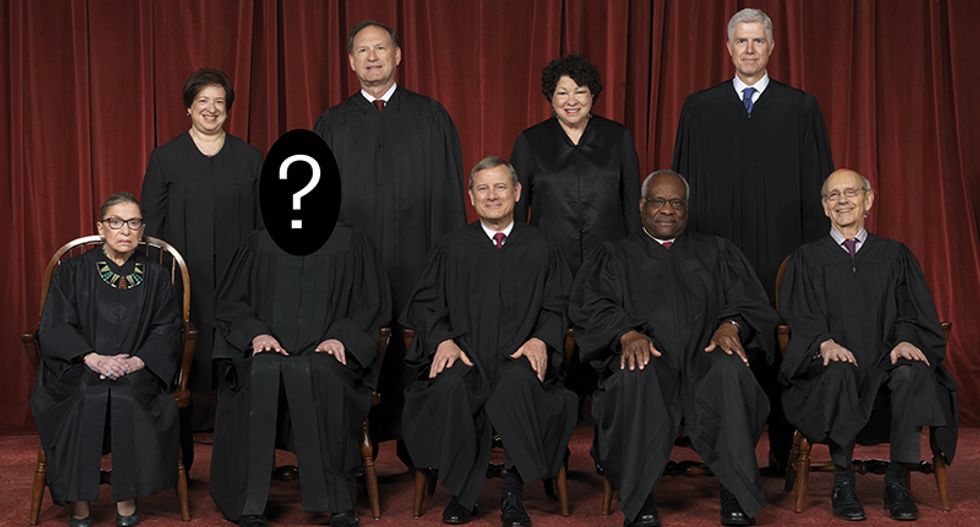 The recent decision by Justice Anthony Kennedy to step down from his Supreme Court seat has brought activist organizations to mobilize their memberships on some of the most important issues of our time. If the Republicans and President Donald Trump decides to go to the far-right with their nominee, it would be a massive strategic mistake that would spell the end for the GOP in the long-term.

If a right-wing justice is nominated and the GOP confirms them, critical laws that protect LGBTQ equality, women's rights and civil rights will come into play. Each of those cases that are struck down will serve up hefty consequences to the Republican Party.

So far, under Trump's leadership, 23 percent of Republican voters 18-29 have switched parties since 2015, a 2017 analysis from the Pew Research Center said. On the Democratic side, that number is just 9 percent. As much as half of GOP members under 30 have quit the Republican Party at one point or another during that same time, the report revealed.

When it comes to the post-Millennial Generation, one New York Magazine report warns that the young people should "scare the hell out of the GOP." This is the generation that is taken to the streets before they even turn 18 and can vote. They're already mobilized, energized and angry at the NRA and Republican members.

"Basically, everything about the millennial generation that threatens the GOP — its diversity, tolerance, and relative disdain for values rooted in conservative Christianity — is even more likely to be manifested among the post-millennials," New York Magazine said.

That is a minimum of 100 million people who support LGBTQ rights, support equality, don't want the government to control what they smoke, who they date and sleep with, are angry with the NRA and are demanding police stop shooting their friends.

Like the typical Fox News viewer, the GOP is dying off the more conservative it gets. "Decline to State" or Independent party membership is on the rise. As Republicans turn to the right and further alienate voters with their culture war, they'll forever brand themselves as old, angry, white, racists, sexists, homophobes.

With a far-right justice added to the court, the GOP will get 30 years of decisions that remind millennials and Gen Z members what the Republicans stand for. It will take them out of the mainstream of voters, even if the GOP manages to turn itself toward the middle before they're gone entirely.