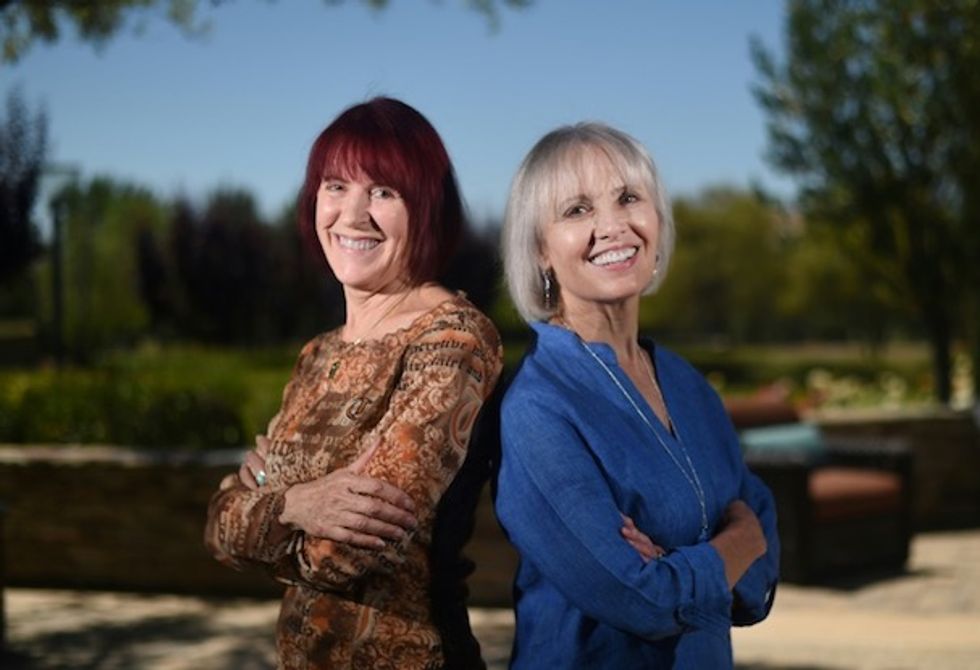 Kyle Johnson, who is 68, swears by cannabis for treating back pain and insomnia. Martha Macbeth, 63, uses it to soothe her sciatica and get a good night's sleep.

Both Californians are part of a surging new wave of senior Americans turning to cannabis to ease aches and pains as the craze for the drug spreads across the country and more states legalize it.

"They are coming in droves with curiosity and interest, looking for relief from pain and sleep problems," said Macbeth, a consultant at Octavia Wellness, a San Francisco startup that caters to senior communities across the state, which has legalized recreational marijuana and is the country's biggest market for legal cannabis.

Interest is such, she says, that Tupperware-like presentations to showcase cannabis products at retirement homes are overflowing with silver-haired potential customers.

The products include tinctures, sprays, edibles and topicals such as lotions and oils that provide relief for a wide range of ailments without getting users high.

"We had one presentation in San Jose (northern California) recently and there were 400 people wanting to go in," Macbeth said. "We were overwhelmed."

Several studies indicate that seniors are the fastest growing population in America to adopt cannabis and if the trend continues they could overtake the younger generation in terms of weed consumption.

- From arthritis to insomnia -

Marijuana use among Americans aged 65 and over increased by 250 percent between 2006 and 2013, according to the National Survey of Drug Use and Health.

Another study found a 71-percent increase in marijuana use among adults aged 50 and older between 2006 and 2016.

AFP/File / JOSH EDELSONKyle Johnson, who uses cannabis to treat back pain and insomnia, shows off a medicinal marijuana product

In California, one of 29 US states to have legalized marijuana for medical use, the industry is projected to raise $6.5 billion in sales statewide by 2020.

Experts say the older crowd is turning to the drug to treat a host of ailments -- from arthritis to neuropathy, insomnia and chronic pain -- and to avoid the side-effects associated with prescription drugs, including opioids.

"Some seniors are taking over 20 different prescription drugs a day ... and all too often these drugs have an impact at the beginning and then wear off," said Beverly Potter, the author of "Cannabis for Seniors," a book that helps older people navigate the new market.

Potter said she has been swamped with requests for advice at speaking events and cautions her audience against believing marijuana is the go-to drug for all ailments, especially in light of little medical research on the effects of the drug which remains illegal at the federal level.

Still, she firmly believes that cannabis in many cases is a better alternative than traditional painkillers or sleep medication that can leave patients with bleeding ulcers or addicted.

"My advice to people who want to try it is the same slogan you are hearing everywhere: start low and go slow," Potter told AFP. "This is not about getting high. It's about learning how to study your body."

She said the effects of medical marijuana vary depending on whether the drug is taken as an edible -- cookies or gummies -- or in the form of tinctures or rubs.

Barbara Blaser, a registered nurse for 50 years and now the head of clinical services at Magnolia Wellness, a marijuana dispensary in Northern California, said the customers she encounters are not looking for the buzz of their youth but rather a new lease on life.

"Some people tell me 'I just want to be able to work in the garden but my knees hurt'," said Blaser, 72, who began using marijuana following a serious illness and ended up becoming an advocate.

AFP/File / JOSH EDELSONMedical marijuana products displayed by the Cannabis Discussion Club at Trilogy at the Vineyards in Brentwood, east of San Francisco

"If properly used, cannabis can change your life and give it back to you," she added.

And as social perceptions of the drug change and the stigma associated with it evaporates, Blaser predicts its use as an alternative medicine will become more mainstream.

"We started the club in March and at the first meeting we had, 160 people showed up and they were worried about letting anyone else know they were using medical cannabis or that they were interested," said Johnson, who uses cannabis for back pain and insomnia.

"Now, people stop either of us on a regular basis and say 'Oh, can I ask you this question, I can't sleep, I have arthritis pain' or whatever and we help them as best we can," she added.

Molinaro, 67, said she points to herself when questioned by someone who equates cannabis with getting stoned.

"I say 'look at me, do I look like I'm walking around high?" she exclaimed. "In most cases, if you use the right product and see what works best for you, you will find relief and not look like a stonehead."