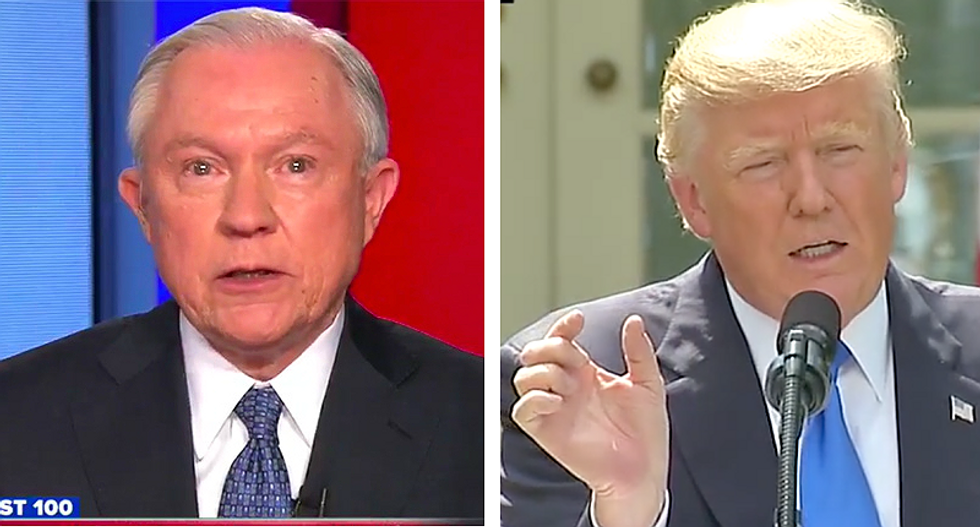 Reporting live from along the southern border in Texas, MSNBC anchor Stephanie Ruhle revealed a disturbing aspect of President Donald Trump's family separation policy during a captivating interview with a leading immigration attorney.

The host introduced Ryan as "an American hero" for his work "on the front-lines helping these children."

"You are the person going into these centers and helping represent the families," Ruhle noted. "Talk me through their plight."

"What we know as lawyers, is that in a short amount of time, we are going to be in court and we're going to be witnessing, I presume, people carrying babies into the court sitting them down, I don't know, alone on someone's lap, in front of a judge, across from a well-trained, highly paid, government ICE prosecutor, and that child is going to have to face a complex deportation hearing alone," Ryan explained. "In addition to being detained away from their parents, the legal services that the government provided by a matter of law are slowly being stripped away."

"The government made a decision to issue a stop work order," he replied.

"No one is defending the children?" she asked.

"These children have no access to independent counsel," he answered.

"These parents being prosecuted get a public defender, meanwhile, their baby is in a jail and being prosecuted -- with no access to legal defense," Ryan explained. "Many people think, if you're detained, if you're part of the legal process, the United States gives you a lawyer, but that's not the case in immigration court, even for those babies."

"It was 30 days ago, but the government made another decision 30 days ago to stop all funding for direct representation of these children -- immediately before enacting this policy," he noted.