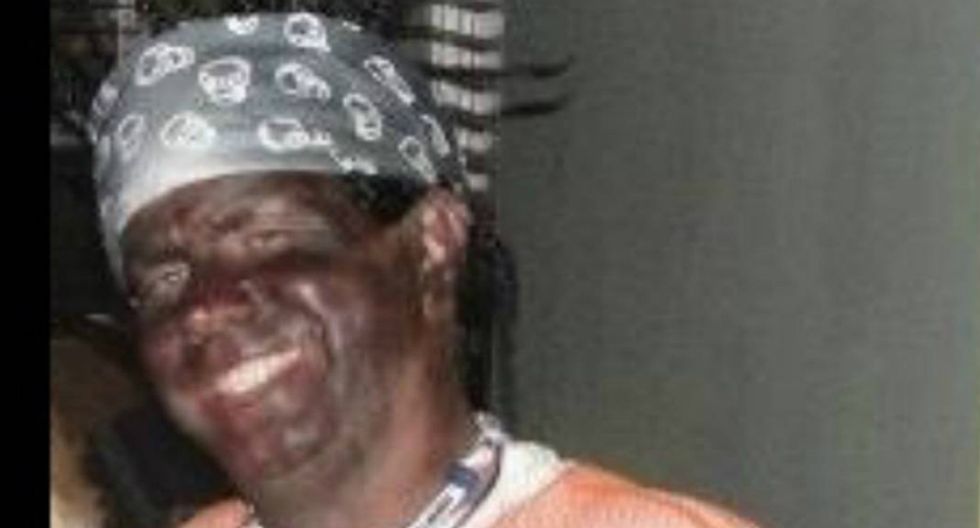 Illinois state Senate candidate Hal Patton dressed "as a rapper" replete with blackface for Halloween a decade ago. Image via screengrab/Belleville News-Democrat.

The Belleville News-Democrat reported Monday that the photo from a Halloween party at least a decade ago was provided to the newspaper by Democratic operatives. When reached for comment by the newspaper, the longtime public official confirmed it was indeed him in the photo and claimed the costume was not intended as a social statement.

"There was never any intention for it to be an act of racism or racial commentary," Patton said. "At the time, Run DMC and others were rappers. That was the look. I hate to say I regret a Halloween costume, in the sense it wasn’t meant to make a statement about anything in politics or anything in race relations or anything in that nature."

"I’ve certainly lived my life above board and with the best principles that you can," he continued. "I have lots of friends from every race and every country — that is how I’ve always lived my life."

"I’ve never had a racist bone in my body," Patton said, adding that he believed Democrats hoping to win the open state Senate seat publicized the photo in an effort to consolidate power. The photo was floated for political uses before, the candidate told the News-Democrat, but had never been used until now.

Patton said he isn't embarrassed of the photo that shows him in face makeup that is widely considered to be racist given the history of minstrelsy and blackface in the United States.

"The real embarrassment ought to be on my opponent,” the candidate said of his opponent, Democrat Rachelle Aud Crowe. “She’s never served a day in office, never been elected to anything."