Immigrants are not your bludgeon to use against Democrats

Immigrants are not your bludgeon to use against Democrats.

Immigrants are not an object for your history lessons.

Immigrants are not numbers in your game.

Your argument that "it happened before" is utterly inhumane and shows complete contempt for solidarity for millions of immigrants in peril.

What is happening now is unprecedented. Trump promised a war on immigrants from the moment he began his campaign three years ago. That is exactly what is going on now.

Here is what is unprecedented:

You know what happens when people are deported? They die. Many die right away. Go spend some time in Tijuana among the armies of homeless deportees being preyed on, going mad, and being killed there by cops and criminals alike. Others die slowly, like the man in Tijuana who told me within a year of being deported, his wife got cancer and died because she was so devastated. Nearly all will see their life expectancy cut short because of a lack of healthcare, of basic services, of food, or from violence.

So when you claim this is nothing new, this happened before, America has always been racist, this is Obama's fault, you are deliberately downplaying the gravity of what is happening now. This is more than 2 million lives at stake, given how many people are forced to leave with deportees.

Look at the picture below. This is the bridge into Tijuana where deportees come through day and night. Stand where I stood. No one will bother you. 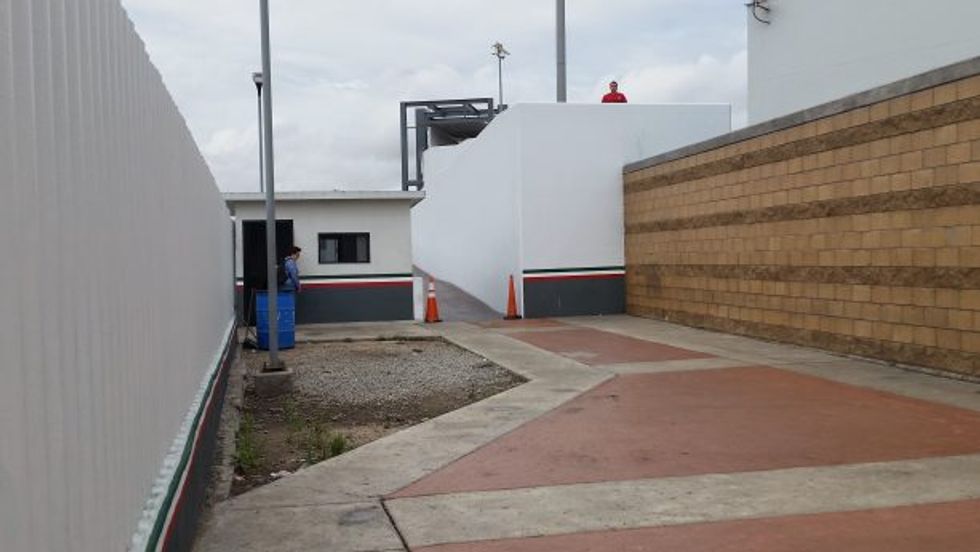 Stand there and tell deportees:

You are really saying you don't give a shit about immigrants. It's more important to you to minimize what is happening than acknowledge this moment is a unique dark stain on American history. Because if you admitted this was uniquely terrible, you would have to shed your fossilized dogmas and revolutionary fantasies.

So you would rather lend aid and comfort to Trump, to Stephen Miller, to Joe Arpaio, to all the nativists and racists and Neo-Nazis who want to make America white again.

You are showing which side you are on. You are not on the side of 43 million American immigrants like me.