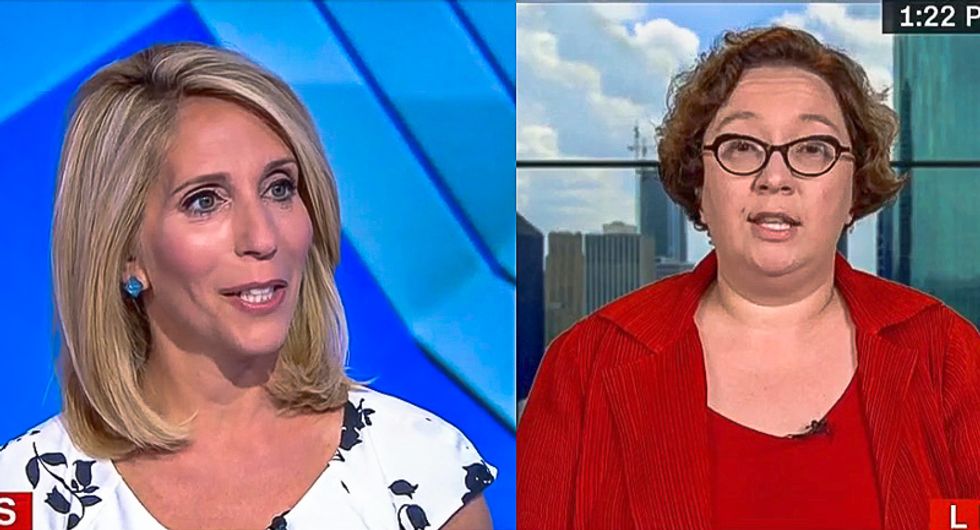 Immigration attorney Amy Maldonado criticized CNN senior political correspondent Dana Bash on Wednesday after she offered "kudos" to President Donald Trump for saying he would sign an executive order that will keep immigrant families together in detention.

Maldonado also said that she was disappointed by the way President Barack Obama spoke out against the Trump policy in a statement on Facebook.

"He didn't own that," she remarked. "Because the Obama administration was challenged on family detention and they lost."

Before ending the interview, Baldwin spoke up in defense of Bash.

"Dana Bash, who I love dearly, I think probably meant 'kudos' in the sense that at least the parents and the kids would no longer be separated," Baldwin pointed out. "But I hear you loud and clear that detention, period, is not a great thing."

While appearing on CNN's Inside Politics earlier in the day, Bash had offered conditional praise for the president.

"Look, kudos to him if he does in fact [stop family separations]," Bash said. "But it really flies in the face of the comments, day after day, that we've seen saying that this is not possible and it's not a real policy."