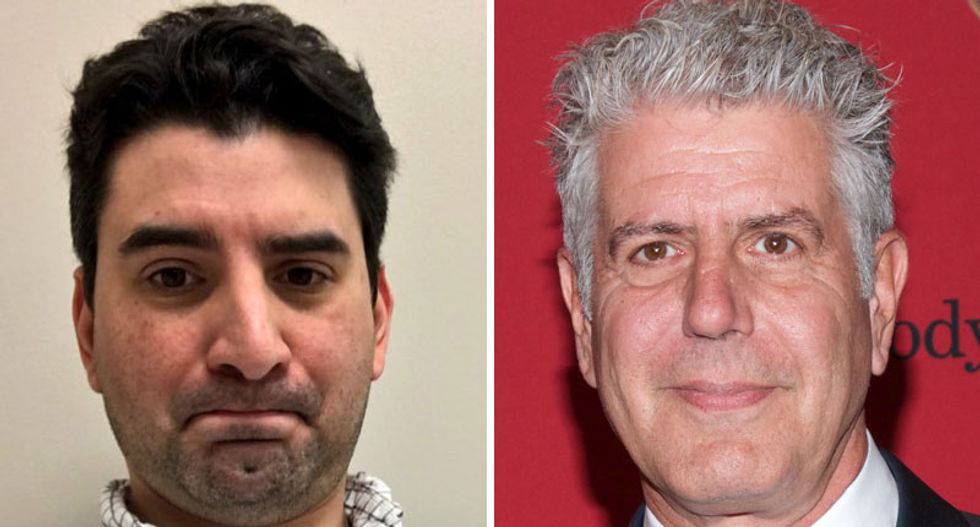 As tributes pour in for best-selling author and chef Anthony Bourdain, who committed suicide, one online writer has become the scourge of the internet for his dancing on the grave of the beloved foodie.

David Leavitt bills himself as a freelance writer with a byline published by CBS, AXS, Yahoo and the Examiner.

On Friday morning, not long after the news was announced, Leavitt began lashing out at Bourdain on Twitter.

"If you're religious, then you believe there's a special place in hell or purgatory for people like Anthony Bourdain who take their own lives," he tweeted.

In his next tweet, he revealed there was some score settling behind his posthumous attack on the food and travel writer with a tweet that included an image of a Bourdain tweet about Leavitt.

It is true that in May of 2017, Bourdain publicly called Leavitt a "steaming, gaping *sshole." Over 400 accounts retweeted Bourdain's conclusion.

Leavitt then continued to criticize Bourdain and other people who have committed suicide.

Leavitt was roundly condemned for his conduct, here are some of the top responses:

There's a special place in hell for anyone taking a victory lap hours after a suicide https://t.co/rc0RBW4rrQ
— Josh Jordan (@Josh Jordan)1528482004.0

This piece of dogshit who plagiarized my tweet about getting help the other day has tweeted this. I hope you find… https://t.co/857HxfATfh
— John Karalis 🇬🇷 (@John Karalis 🇬🇷)1528478161.0

@David_Leavitt What an absolutely disgusting piece of human garbage you are. Tony was right. Delete your account you sad little troll.
— Rob Sheridan (@Rob Sheridan)1528478071.0