'This interview is done': Chris Cuomo and Virginia Senate candidate get into epic battle over support for white nationalists 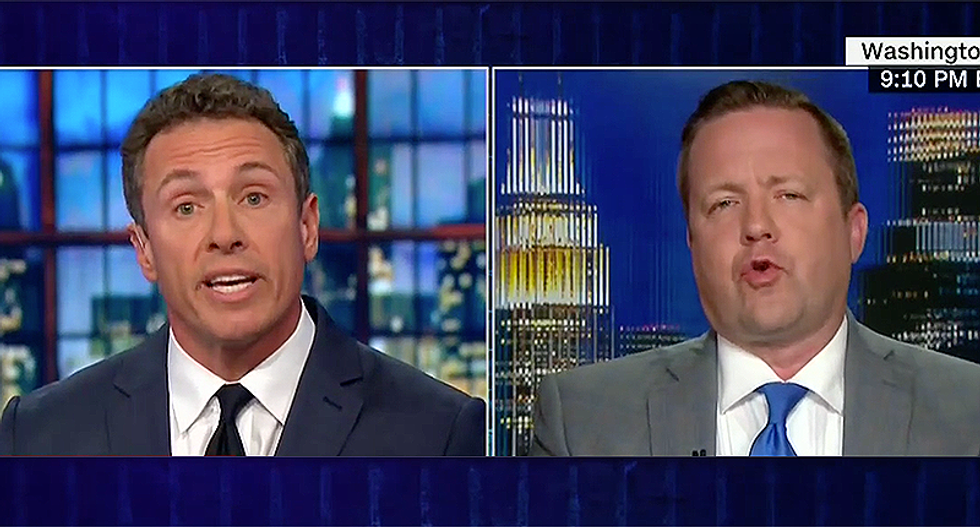 CNN host Chris Cuomo got into a heated battle with the Republican Senate candidate of Virginia Wednesday evening.

Pro-Confederate Corey Stewart won the Republican nomination for Senate in Virginia Tuesday evening. President Donald Trump backed him even though he has past supported and associated with anti-Semites and those with white supremacist view points.

"I won the primary because I'm a strong supporter of President Trump. He's improving the economy, the lowest unemployment rate since the early 1970s. And now a big success in the foreign policy front as we remove the nuclear threat from North Korea," Stewart said.

Cuomo called out Stewart for a laundry list of every racist and bigoted comment or action the Virginia candidate has ever taken.

"That's why Trump may have won then, but I'm talking about you. You seem to be cottoning to a very specific brand of humanity. You have a well pronounced post by saying that you agree with and that you like people who push ugly, bigoted, intolerant, and racist notions," Cuomo said.

Stewart argued back saying that Cuomo was the extreme left and always played the race card.

"You claim you play the race card every time because it's the only thing you have," he said.

For each example of racism Cuomo brought up, Stewart tried to explain himself by attacking Cuomo with unfounded allegations and without any proof.

Ultimately, Cuomo had enough and ended the interview. "This interview is done," he said.

"You're too much, Chris," Stewart replied with a snide clap back at Cuomo.

"It's about the truth and owning what things are, especially when the president wants to get behind someone like you," Cuomo explained.

"Good entertainment on CNN," was all Stewart could say in another attack.