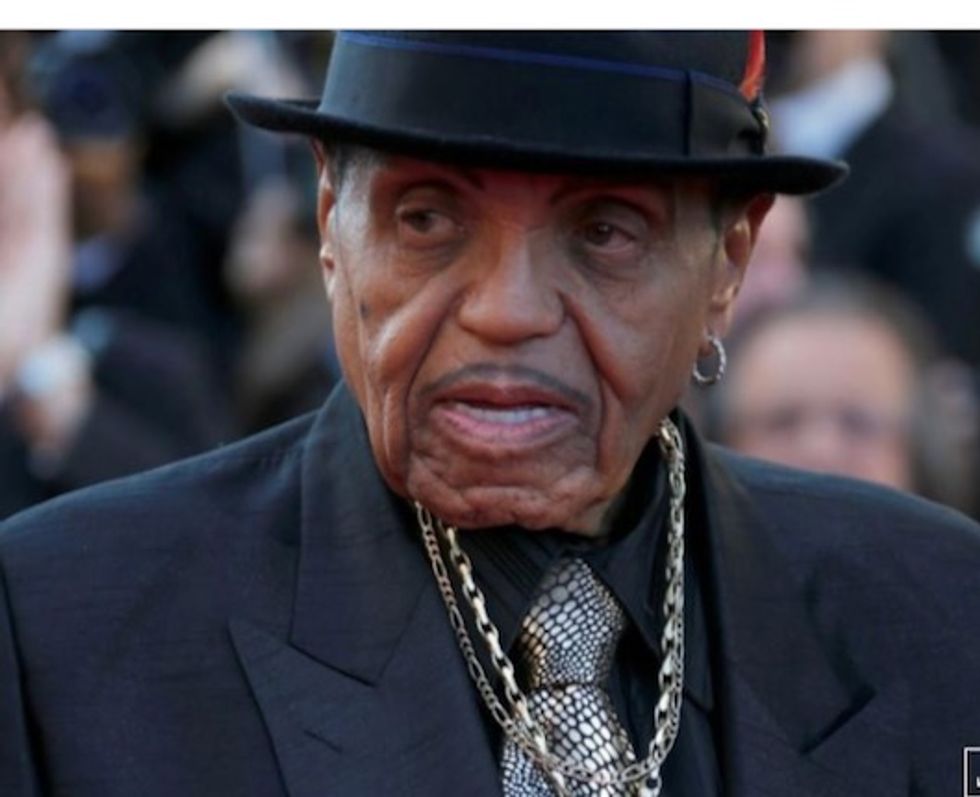 FILE PHOTO: Joe Jackson, father of the late pop star Michael Jackson, poses on the red carpet as he arrives for the screening of the film "Sils Maria" (Clouds of Sils Maria) in competition at the 67th Cannes Film Festival in Cannes, France, May 23, 2014. REUTERS/Regis Duvignau/File Photo

Joe Jackson, patriarch of the singing Jackson family, was reported on Friday to be hospitalized with a serious, possibly terminal illness.

Celebrity website TMZ.com, citing family sources, reported that Jackson, 89, has terminal cancer and was in the end stages of life. Hollywood publication Variety said a source close to the situation had confirmed the report, while DailyMail.com, citing family members and other unspecified sources, said Jackson had stage four pancreatic cancer.

Jermaine Jackson, one of the remaining nine Jackson siblings, said on Twitter that his father was in ill health but denied reports he was dying.

“My father’s health is not good, but ‘dying’ is a harsh word chosen by headline writers, not me. For however long he has left, my mother, siblings, and relatives want to be with him, without hindrance,” Jermaine Jackson tweeted late on Thursday.

Joe Jackson’s manager, Charles Coupet, and representatives of singers Janet Jackson, Jermaine Jackson and La Toya Jackson did not respond to requests for comment on Friday.

In the 1960s, Jackson strictly trained his young children as singers and dancers and led The Jackson 5 to global pop music success. Michael Jackson later went solo and became one of the best known celebrities in the world before his death at age 50 in 2009 from an overdose of the powerful anesthetic propofol.

The Jackson family clan has been riven for decades by internal strife, legal battles, jealousies, arguments over money and estrangements. DailyMail.com said some of the family had been barred from their father’s hospital room.

Joe Jackson, who fathered 11 children and now lives in Las Vegas, has been in bad health for years and suffered a stroke in 2015. But he has continued to make appearances at celebrity and fan events around the world. In March he released a pictorial book of memories called “Precious Moments: 60 Years in Show Business.”