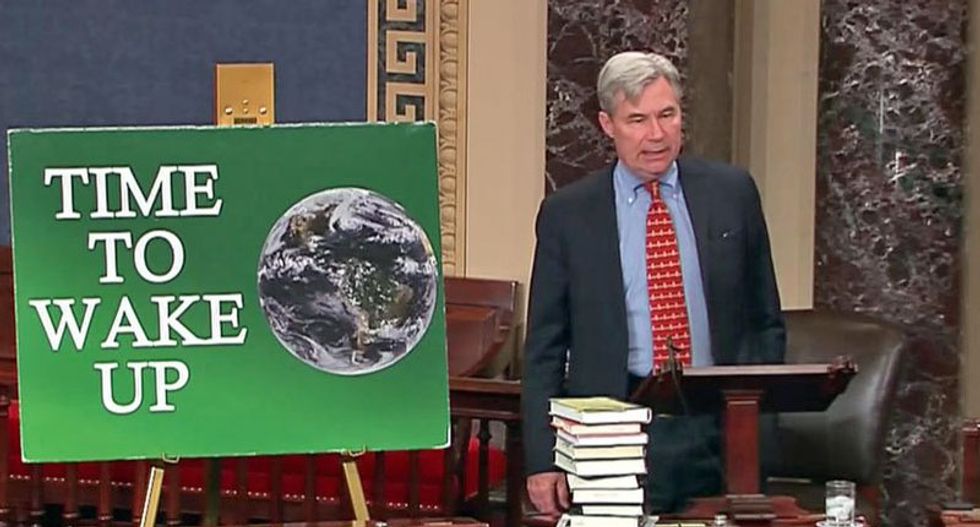 Sen. Sheldon Whitehouse (D-RI) on the floor of the United States Senate (Twitter)

Prior to his career in Washington, Sen. Whitehouse served as Rhode Island's Attorney General and U.S. Attorney, holding the top prosecutor positions for enforcing state and federal law.

"Cohen flip prospect must be making them crazy," the longtime prosecutor concluded.

"And now Manafort is headed for the can, making him more likely to flip," Whitehouse added. "Line up [Mike] Flynn, Cohen and Manafort as cooperating prosecution witnesses and you’ve got a prospect that explains the panic in Trumpland."