Keith Ellison blows up on CNN over travel ban: Justice Gorsuch is doing the bidding of 'his paymasters' 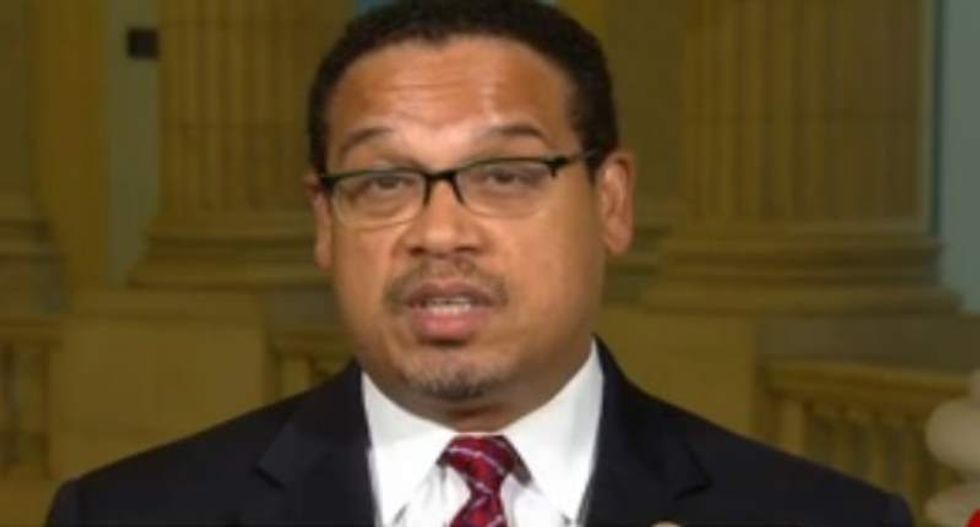 The decision will have devastating repercussions.

“In effect, even if the President can’t persuade Congress to fund his actual wall along the U.S-Mexican border, he has erected an invisible wall for many immigrants,” wrote Stephen Yale-Loehr, a Cornell immigration professor who signed an amicus brief on behalf of a Hawaii appeal court's rejection of the ban.

"The Supreme Court has said that no matter how bad the discriminatory language is, before, during and after ... As long as he puts a very thin veneer of national security on top of all that discrimination and racism, they will buy it," he said.

"As long as a pig has some lipstick on it it's fine, and that is what they have said."

"Gorsuch should really not be on the supreme court. In my view, he may be there, but he's not there properly," he said. The Supreme Court denies a sitting president their right to appoint the Supreme Court justice. That's exactly what happened and Gorsuch has done what his paymasters sent him there to do. It's a shame."

Although the decision didn't come as a surprise to immigration experts—Yale-Loehr points out that the Supreme Court often bends to the executive branch on matters related to national security, which is how the Trump administration dressed the travel ban—they fear many unforeseen consequences.

“The decision has wide ranging effects beyond the countries directly affected by the travel ban. Because of the travel ban and the President’s general comments about immigration, fewer people are visiting the United States. Tourism is down, which hurts our economy,” Yale-Loehr wrote.