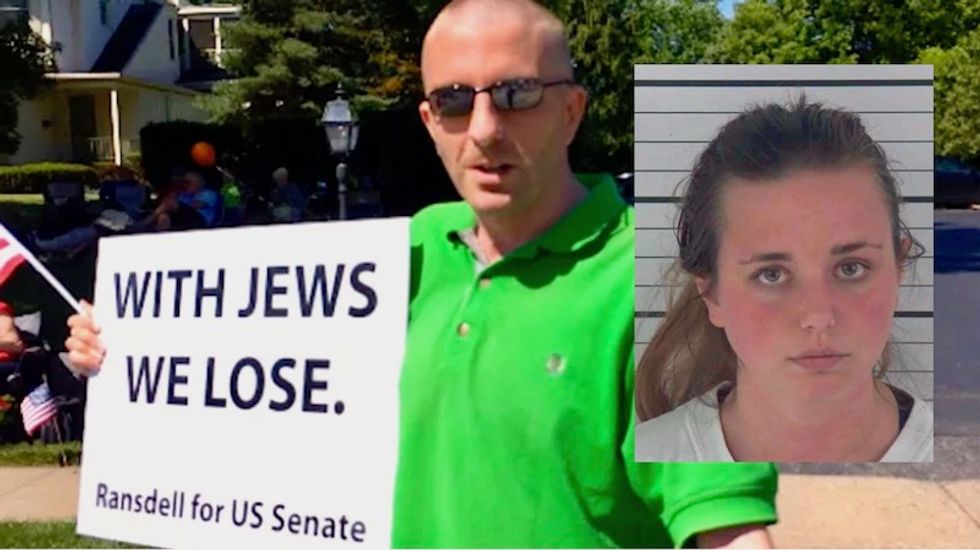 A Kentucky woman has been charged with murder after killing a notorious Kentucky white supremacist while allegedly driving drunk, reports Cincinnati.com.

Emily Sherry, 23, is from Newport, a Cincinnati suburb, and was driving eastbound on Interstate 275 when she allegedly hit a Toyota Camry driven by Robert Ransdell, 37. He was found dead at the scene.

Ransdell was a leader in a neo-Nazi group called the National Alliance and ran for U.S. Senate in Kentucky in 2014 with the slogan "With Jews, we lose." A few years ago he was arrested while preparing to protest Martin Luther King Day, or as he called it "Marchin’ Lootin’ Killin’ Day.”

Sherry allegedly told police that she was drinking bourbon while babysitting before killing the neo-Nazi. She was reportedly "intoxicated to such an 'extraordinary degree' officers felt it would have been unsafe for her to perform standard sobriety tests." Her alleged blood alcohol concentration was .422, and BAC level over .4 can lead to coma or death.

Sherry is being held on $2 million bond.