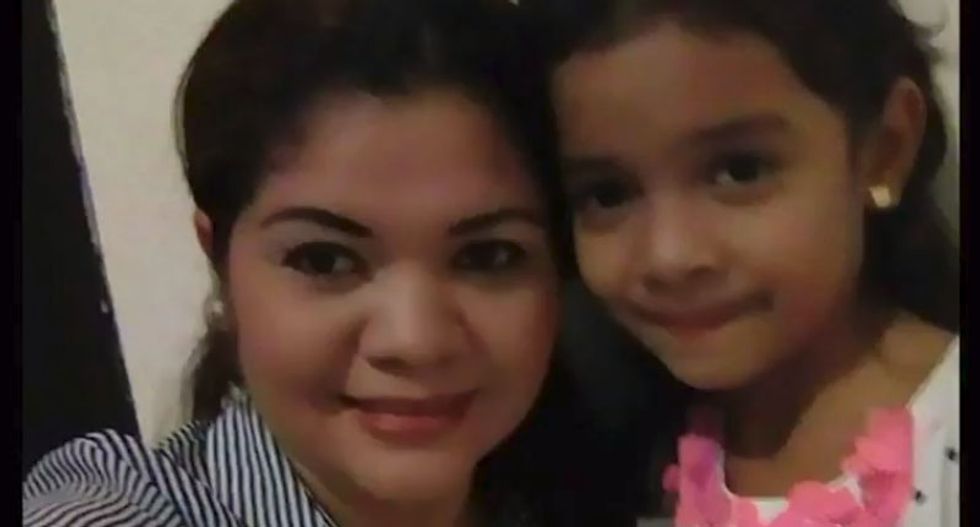 The desperate sobbing of 10 Central American children, separated from their parents one day last week by immigration authorities at the border, makes for excruciating listening. Many of them sound like they’re crying so hard, they can barely breathe. They scream “Mami” and “Papá” over and over again, as if those are the only words they know.

The baritone voice of a Border Patrol agent booms above the crying. “Well, we have an orchestra here,” he jokes. “What’s missing is a conductor.”

Then a distraught but determined 6-year-old Salvadoran girl pleads repeatedly for someone to call her aunt. Just one call, she begs anyone who will listen. She says she’s memorized the phone number, and at one point, rattles it off to a consular representative. “My mommy says that I’ll go with my aunt,” she whimpers, “and that she’ll come to pick me up there as quickly as possible.”

An audio recording obtained by ProPublica adds real-life sounds of suffering to a contentious policy debate that has so far been short on input from those with the most at stake: immigrant children. More than 2,300 of them have been separated from their parents since April, when the Trump administration launched its “zero tolerance” immigration policy, which calls for prosecuting all people who attempt to illegally enter the country and taking away the children they brought with them. More than 100 of those children are under the age of 4. The children are initially held in warehouses, tents or big box stores that have been converted into Border Patrol detention facilities.

Condemnations of the policy have been swift and sharp, including from some of the administration’s most reliable supporters. It has united religious conservatives and immigrant rights activists, who have said that “zero tolerance” amounts to “zero humanity.” Democratic and Republican members of Congress spoke out against the administration’s enforcement efforts over the weekend. Former first lady Laura Bush called the administration’s practices “cruel” and “immoral,” and likened images of immigrant children being held in kennels to those that came out of Japanese internment camps during World War II. And the American Association of Pediatricians has said the practice of separating children from their parents can cause the children “irreparable harm.”

Still, the administration had stood by it. President Trump blames Democrats and says his administration is only enforcing laws already on the books, although that’s not true. There are no laws that require children to be separated from their parents, or that call for criminal prosecutions of all undocumented border crossers. Those practices were established by the Trump administration.

Attorney General Jeff Sessions has cited passages from the Bible in an attempt to establish religious justification. On Monday, he defended it again saying it was a matter of rule of law, “We cannot and will not encourage people to bring children by giving them blanket immunity from our laws.” A Border Patrol spokesman echoed that thought in a written statement.

In recent days, authorities on the border have begun allowing tightly controlled tours of the facilities that are meant to put a humane face on the policy. But cameras are heavily restricted. And the children being held are not allowed to speak to journalists.

The audio obtained by ProPublica breaks that silence. It was recorded last week inside a U.S. Customs and Border Protection detention facility. The person who made the recording asked not to be identified for fear of retaliation. That person gave the audio to Jennifer Harbury, a well-known civil rights attorney who has lived and worked for four decades in the Rio Grande Valley along the Texas border with Mexico. Harbury provided it to ProPublica. She said the person who recorded it was a client who “heard the children’s weeping and crying, and was devastated by it.”

The person estimated that the children on the recording are between 4 and 10 years old. It appeared that they had been at the detention center for less than 24 hours, so their distress at having been separated from their parents was still raw. Consulate officials tried to comfort them with snacks and toys. But the children were inconsolable.

The child who stood out the most was the 6-year-old Salvadoran girl with a phone number stuck in her head. At the end of the audio, a consular official offers to call the girl’s aunt. ProPublica dialed the number she recited in the audio, and spoke with the aunt about the call.

“It was the hardest moment in my life,” she said. “Imagine getting a call from your 6-year-old niece. She’s crying and begging me to go get her. She says, ‘I promise I’ll behave, but please get me out of here. I’m all alone.’”

The aunt said what made the call even more painful was that there was nothing she could do. She and her 9-year-old daughter are seeking asylum in the United States after immigrating here two years ago for the exact same reasons and on the exact same route as her sister and her niece. They are from a small town called Armenia, about an hour’s drive northwest of the Salvadoran capital, but well within reach of its crippling crime waves. She said gangs were everywhere in El Salvador: “They’re on the buses. They’re in the banks. They’re in schools. They’re in the police. There’s nowhere for normal people to feel safe.”

She said her niece and sister set out for the United States over a month ago. They paid a smuggler $7,000 to guide them through Guatemala, and Mexico and across the border into the United States. Now, she said, all the risk and investment seem lost.

The aunt said she worried that any attempt to intervene in her niece’s situation would put hers and her daughter’s asylum case at risk, particularly since the Trump administration overturned asylum protections for victims of gang and domestic violence. She said she’s managed to speak to her sister, who has been moved to an immigration detention facility near Port Isabel, Texas. And she keeps in touch with her niece, Alison Jimena Valencia Madrid, by telephone. Mother and daughter, however, have not been able to speak to one another.

The aunt said that Alison has been moved out of the Border Patrol facility to a shelter where she has a real bed. But she said that authorities at the shelter have warned the girl that her mother, 29-year-old Cindy Madrid, might be deported without her.

“I know she’s not an American citizen,” the aunt said of her niece. “But she’s a human being. She’s a child. How can they treat her this way?”