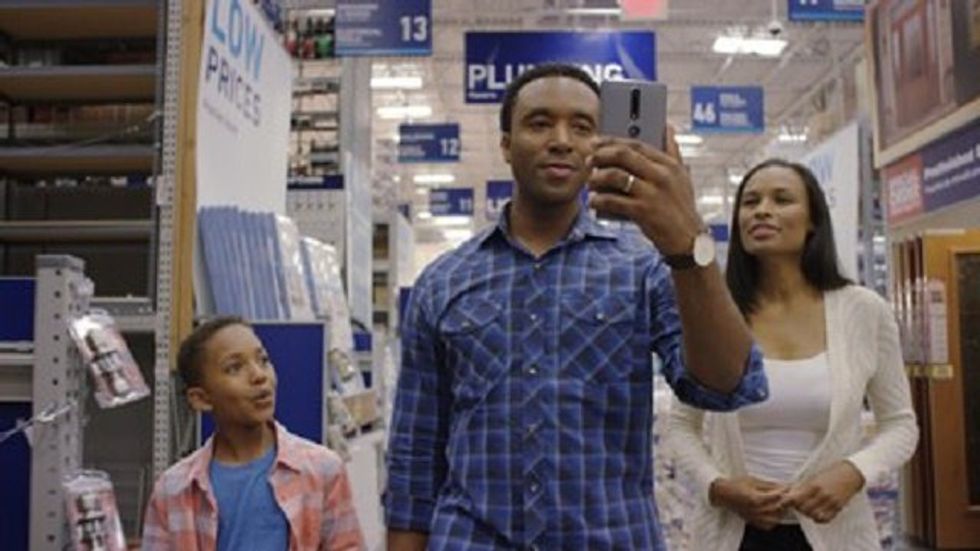 Customers shopping at Lowe's. Image courtesy of the company.

Lowe's is suspending its controversial receipt-checking protocol after a Philadelphia man exposed the racial profiling inherent in the process.

Philadelphia's WHYY radio station reported that in "high-theft" stores, employees of the nationwide home improvement chain were instructed to check customer's receipts for proof of purchase. That tactic was at the center of a complaint publicized by black customer Will Mega, who found it odd that receipt-checkers stationed at exits went through all the items he purchased at a West Philadelphia Lowe's when he'd paid for them mere feet away.

The protocol led Mega to conduct a social experiment: He went to a Lowe's in Haverford, a Philly suburb about a mile from his home. Upon exit, he asked his cashier if he'd need to have his receipt checked, and she laughed him off.

"We don’t do that here," the Lowe's employee reportedly told Mega. "This is the white ‘hood.”

After video of the customer being asked for his receipt in West Philly was publicized by WHYY and a complaint was filed with the Pennsylvania Human Relations Commission, Lowe's announced that it was suspending the process at all of its 1,800 stores until they could review the controversial loss-prevention tactic.

Mega, however, told WHYY the suspension isn't good enough — and that he wants to speak with Marvin Ellison, the company's African-American new CEO.

"I want to talk about some of the serious ways to change the culture, practice and policies for Lowe’s and also some redress for the communities they have racially profiled, targeted and harassed," he told the radio station.

You can watch WHYY's video of Mega's racial profiling below: