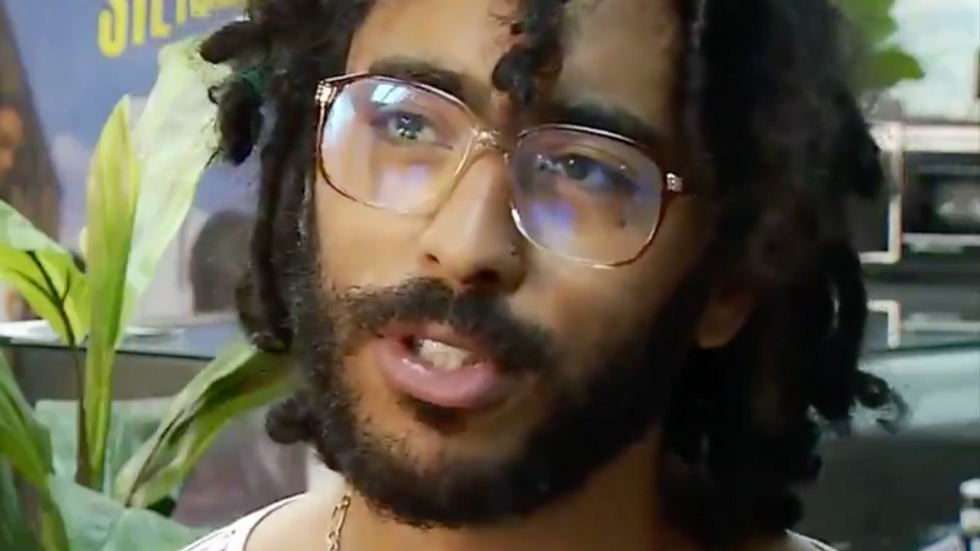 A grocery chain in Maine is now apologizing after refusing service and banning a black man from their supermarket. Rory Ferreira, 26, questioned Shaw’s Supermarket alcohol identification policy after both he and his wife were asked to show their ID cards.

Ferreira's wife ran to the car to grab her ID. While she was away, Ferreira asked the manager about the policy. She explained that it was the companies policy to check everyone's ID at the time of the sale.

“That’s ok, I didn’t know about the policy, I want to know it's real,” Ferreira said. “But I’m a young black man in America. I want to make sure I’m treated the same as everyone else.”

The manager then canceled his grocery order and ripped up a paper bag. Ferreira was holding his infant child in his hand, so he stayed calm, and left the store.

However, the trouble followed him home. Shortly after, the police arrived at his house with a no-trespass order that banned him from the store, which is a short walking distance from his house.

“It was the scariest thing in the world,” Ferreira said. “I’m a young black dude, I got tattoos, I’m a rapper. I did not know what the cop would do. I was very scared. And again, I still don’t know what I’m banned for.”

“When you call the police on me, and have them at my house for asking about a policy because you don't like me, I have to wonder what you wanted to have happen to me,” Ferreira said.

Ferreira and his family shared their story on social media. Shaw's vice president of retail operations, Ken Rinaldi, heard about the situation and met with the family. During the meeting he apologized for the incident and lifted the ban. No disciplinary action was taken and the  manager for the store did not personally apologize to Ferreira.

A spokesperson for Shaw's released a statement.

“At Shaw’s, we take situations like the one that occurred in our Saco, Maine, store this week seriously and a investigate thoroughly when we receive any complaints regarding employee actions or behaviors in our stores that do not support our culture of courtesy, dignity and respect,” the statement said. “Last night, we reached out to the customer to begin a dialogue and today we personally met with him and members of his family to further discuss the situation as we continue to conduct our internal investigation.”