Mario Van Peebles drops truth bomb on Trump for enabling racists: 'We have a drunk driver in the Oval Office' 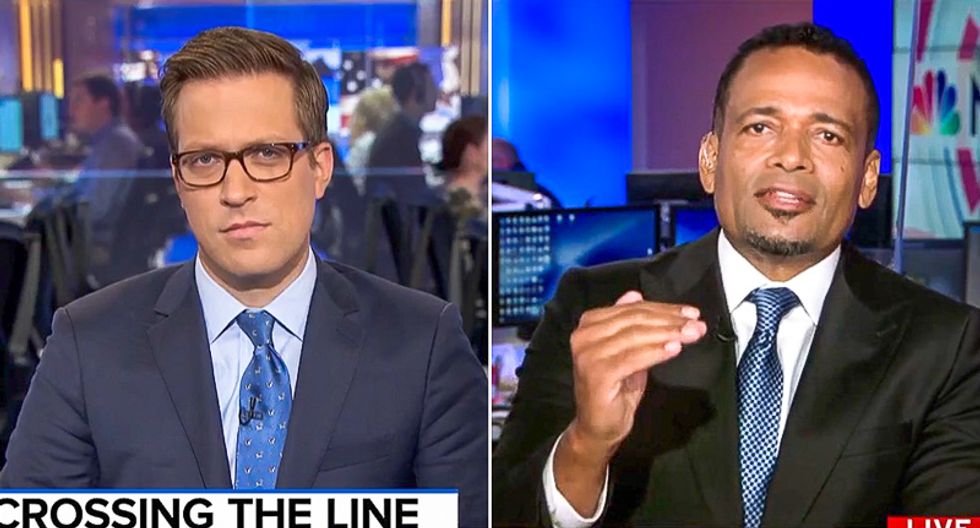 Actor and Director Mario Van Peebles on Sunday blasted President Donald Trump's handling of race issues and compared him to a "drunk driver in the White House."

During an interview on MSNBC, the Mexican-born director reacted to Roseanne Barr's recent racist remarks on Twitter.

"White privilege means you don't have to be racially literate about other folks," Van Peebles explained to MSNBC host David Gura. "People of color have to know white truth and white history. Because if we go in the wrong neighborhood, if we don't talk to that police officer the right way, we could end up dead."

Van Peebles lamented that the current "climate" in the U.S. made it "okay to say things" like Barr's racist comment.

The longtime director also observed that President Donald Trump has set the tone for racism in America.

"Is Trump kind to women with his locker room talk?" he asked. "Is he kind to poor people with his tax cut [for the 1 percent] and not for the rest of us? Is he kind to minorities? He doesn't comment on the brother that saved folks in the Waffle House."

Van Peebles reminded Gura that Trump had made a "moral equivalency" between people who protest racism and white supremacists.

"I think unfortunately this guy is a little insecure and seems to have more issues than Sports Illustrated," Van Peebles quipped. "He might be a nice cat. But he's leading us in a way that makes it okay for this kind of behavior to go on."